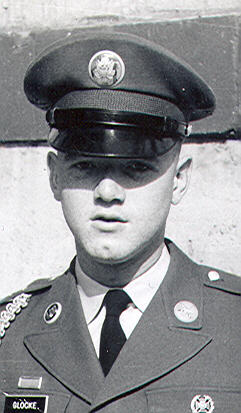 Age 66, passed away at Appleton Medical Center on November 16, 2011. He was born in New London on September 1, 1945 the son of the late Richard and Eva (Poehlman) Glocke. Doug was proud to serve in the U.S. Army during the Vietnam era. He met the love of his life before leaving for the Vietnam Conflict and upon returning married her, Beverly Reinke, on August 24, 1968. Doug worked for 29 years at Valleycast, retiring early due to significant health issues. He was a very handy person who enjoyed wood working, was an avid sports fan, and loved fishing. Camping with his family and tending to the fire were cherished moments. Doug will be remembered for having a big heart, a wonderful sense of humor, and the fact there was nothing he wouldn't do for his family.

The funeral service will be at 7:00 p.m. on Saturday, November 19, 2011 at the Wichmann Funeral Home. Friends will be received at the funeral home on Saturday from 4:00 p.m. until the time of the service. Military honors will follow.

The family extends a special thank you to the caregivers at Appleton Medical Center.