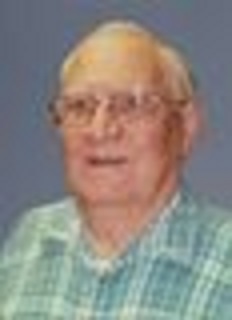 Doug Steward, age 88, formerly of Appleton, passed away on Tuesday, January 22, 2019. Doug was born in Shiocton on March 15, 1930, son of the late Raymond and Laura (Winterfeldt) Steward. Doug served his country in the United States Navy for four years, and had achieved the rank of AT3 and learned to become an electronics expert. Doug married his high school sweetheart, Marion Dakins, in 1951 in Appleton; she survives. Following his military service Doug enjoyed a long career at Fox Valley Radio and TV where he repaired home electronics. After the business closed, he worked ten additional years at Miller Electric before his retirement. He was very involved with the Boy Scouts, especially Explorer Post #10, and was a very active member of Trinity Lutheran Church in Appleton. In his retirement, he enjoyed volunteering at the Appleton Medical Center and teaching crochet at the Thompson Community Center.

Funeral services for Doug will be held at 11:00 AM on Saturday, January 26, 2019 at the Wichmann Funeral Home, located at 537 N. Superior Street in Appleton. Rev. Brian Bankert of Trinity Lutheran Church will officiate and burial will place at Highland Memorial Park. Family and friends are invited to gather at the funeral home on Saturday morning from 9:00 AM until the hour of the service.

The family would like to offer their sincere thanks to the caregivers that were so kind to Doug. They include ThedaCare At Home, Appleton Medical Center 8th Floor Staff, everyone at American Grand, and Fresenius Kidney Care Center. We will always remember your kindness.