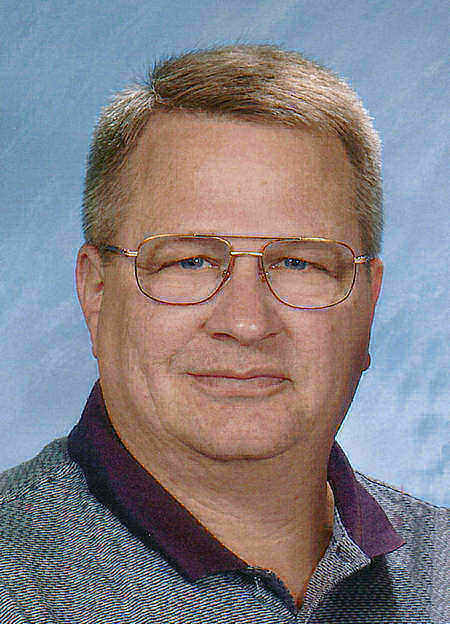 Douglas A. Rasmussen, age 59, of Appleton, went to heaven on angels wings, on Saturday, June 9, 2012, at Cherry Meadows, after a brief illness from lymphoma. Doug was born on March 4, 1953, in Neenah, to the late H. I. and Alice (Larsen) Rasmussen. He was a 1971 graduate of Neenah High School. Doug married Arlene “Arty” Manske in May of 1987; they just recently celebrated their 25th wedding anniversary. Doug was a perfectionist, especially when it came to his work as a machinist at Metal Products, Inc., his employer for 39 years. In his younger days he enjoyed drag racing. He was happiest on the golf course and enjoyed all the vacations he and Arty took, especially their trips twice a year to Arizona. Doug was a SAL member of American Legion Post #38. He will be greatly missed by his wife, Arty; his sister, Sharron (Kurt) Hansen, Greenleaf; his brothers, Ronald (Kathy) Babbitz, Neenah, and Paul (Denise) Rasmussen, Neenah; his brother-in-law, Fred (Marge) Manske, Peoria, Arizona; his sister-in-law, Barbara (Bill) Osheim, Ripon, and his mother-in-law, Margaret Frank, Peoria, Arizona. He is further survived by several nieces, nephews and great nieces and great nephews. Memorial services will be at 11:00 a.m. on Thursday, June 14, 2012, at the WICHMANN FUNERAL HOME, 537 N. Superior Street, Appleton, with Rev. Dee Sim officiating. Friends may call at the funeral home from 9:30 a.m. until the time of services. The family would like to extend a sincere thank you to the staffs at Cherry Meadows and ThedaCare at Home, for the loving care shown to Doug. Arty would like to especially thank Jerry and Barb Schimmelpfenning, Craig Marshall, Leah Woods, and Arty's co-workers at Midwest Insurance Brokerage, for all the help and support given to her during this very difficult time.