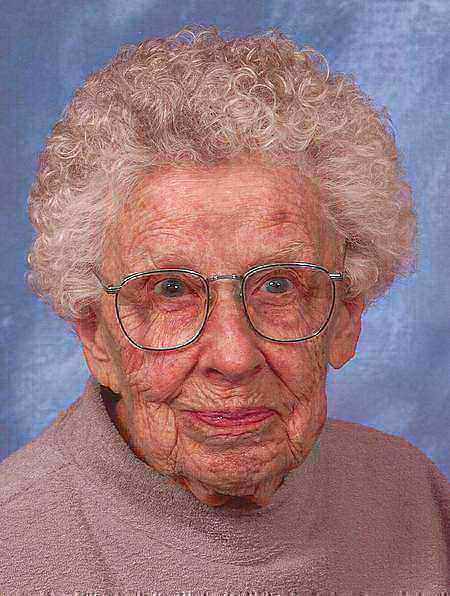 Dortha E. Stevens, age 91, passed away on Sunday, June 4, 2006 at the Century Oaks Assisted Living Facility in Darboy. She was born on February 14, 1915, the daughter of George W. Rossbach and his wife, the former Nellie A. Priest. She was raised in Groton, SD, and lived briefly in Rockford, IL before coming to Appleton when she was thirteen. She was united in marriage to Curtis R. Stevens on December 31, 1941 in St. Louis, MO. She was a long-time resident of the town of Menasha and belonged to the First United Methodist Church of Appleton where she was an active member of the Deborah Mary Martha Circle. She was also a long-time and active member of the Order of Eastern Star, Fidelity Chapter # 94.

She is survived by a son, Michael, of Bandon, OR; four grandchildren: Jeffrey Martin, Jennifer Hosea, Bruce and Craig Stevens. She is further survived by sisters-in-law: Shirley Stevens, Joyce Stevens, Pat Woicek; brothers-in-law: Richard Dorschner and Charles Benjamin; son-in-law, Lee Martin; and several great-grandchildren. She was preceded in death by her husband Curtis and her daughter, Lynn Martin. She will be greatly missed by all her many friends and relatives she knew over her lifetime.

A funeral service will be held on Tuesday, June 13, 2006 at 11:00 A.M. at the Wichmann Funeral Home (537 N. Superior Street) with Deacon Pete Reinl officiating. Friends may call at the funeral home from 10:00 A.M. until the time of the service. Interment will take place at Highland Memorial Park. Donations to the Alzheimer‚Äôs Association are appreciated in her memory.

Dortha‚Äôs family would like to thank the caring staff of Century Oaks and Heartland Hospice for their great care and concern for Dortha during the time she was there.