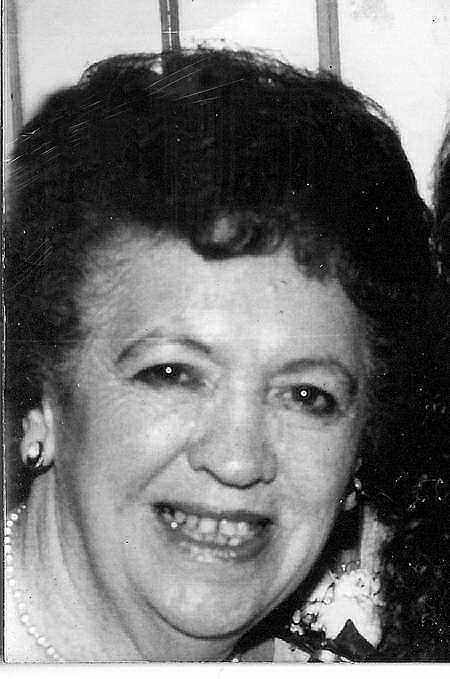 Dorothy Verbeten, of Kaukauna, age 88, passed away peacefully at home on Saturday, August 11, 2012. She was born on March 8, 1924 in Merseyside, England, the daughter of the late David and Louisa (Coleman) Simm. On September 17, 1945, Dorothy married the love of her life whom she met during WWII, Gerald “Jeff” Verbeten in Newton-Le-Willows, Merseyside, England. She worked in the munitions factories during the bombings in England to support WWII with her best friend and sister-in-law, Beryl Simm. Upon their return to Kaukauna, the couple took over Jeff's father's business, Verbeten's Bar. In 1947, they added the bowling lanes. The business still operates today, under the supervision of their son, Jim. Dorothy stayed active working at Verbeten's until the age of 81, and made many dear friends, past and present, over the years. She loved to cook and enjoyed being around others. The Wednesday night bowling team and the Sunday morning call from her brother, Wilf Simm from England, were always highlights during her week.
Dorothy is survived by her five children: Steve Verbeten of Appleton; Tom Verbeten of Kaukauna; Mary Kay (Leo) Verbeten-Aerts of Kaukauna; Jim (Beth) Verbeten of Kaukauna and their daughters Caroline and Catherine; and Mike (Katie) Verbeten of Kaukauna and their sons Shawn and Kevin; her brother: Wilf Simm of England; sisters-in-law: Sr. Catherine Verbeten of Racine, and Grace Kugler of Appleton. She is further survived by nieces, nephews, other relatives and friends. Dorothy was preceded in death by her husband, Jeff Verbeten; a very special granddaughter Nikki Verbeten in 1993, sisters-in-law: Beryl Simm, Dorothy Marolf, and Mary (Ed) Vanevenhoven; and a brother-in-law: Bob Verbeten.

A funeral service for Dorothy will be held at 5:00 pm on Tuesday, August 14, 2012 at the Fargo Funeral Home with Rev. Tim Albrecht officiating. Interment will take place at St. Mary Cemetery in Kaukauna. Friends may call at the funeral home on Tuesday from 3:00 pm until the time of service. In lieu of flowers, a memorial fund has been established.

The family would like to thank the staff at the Kaukauna Clinic for their wonderful care and concern.