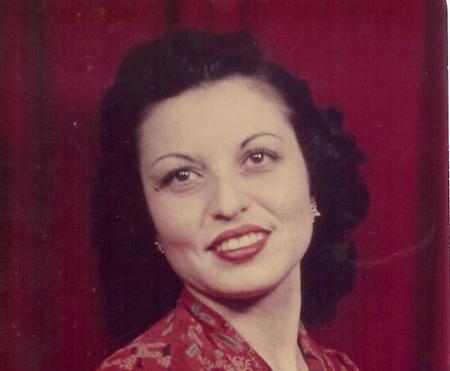 Dorothy Torres Smythe, 90 years old, passed into the arms of the Lord on Monday, January 27, 20l4 after a short illness. She was born on April 28, 1923 in Denver CO, the daughter of Peter Torres and Dorothy Vargas Torres. She married the love of her life, Ferdinand DeVere Smythe in California and raised two daughters together. In her youth, Dorothy pursued her dream of becoming a professional dancer and traveled cross-country performing with a dance troop from Denver to New Orleans. Her husband, Devere was a magician and she became his assistant performing their act throughout California and entertained the USO service men and women during World War II. Later, they operated a magic shop on Olvera Street in Los Angeles. Widowed at 32 years of age, Dorothy entered the job market as a telephone switchboard operator and worked for various employers including Good Humor Ice Cream and Walter Lantz, the creator of Woody Woodpecker. Part of her duties at Walter Lantz was typing some of the scripts for Woody's cartoons. She retired from American Arbitration Association as an arbitrator in 1986. She then moved to Westmont, IL to be near her youngest daughter, Dorothy. When her daughter's family moved to Iola in1988, Dorothy joined them and worked part time for her son-in-law's freight business. It was during this time that she learned to master the computer and in her spare time, Dorothy wrote her autobiography to share with her family.

Dorothy was preceded in death by her husband, her parents, her beloved great-grandmother, her brother Pete, her aunt Mary, her much loved cousin Martha quite recently and her dear friend, Margaret Crooks.

Memorial Services for Dorothy will be held on Saturday February 22, 2014 at 3:00 pm at Wichmann-Fargo Funeral Homes Superior Street location. Visitation will be at the funeral home from 1:00 to 3:00 pm. Online condolences may be expressed at www.wichmannfargo.com.