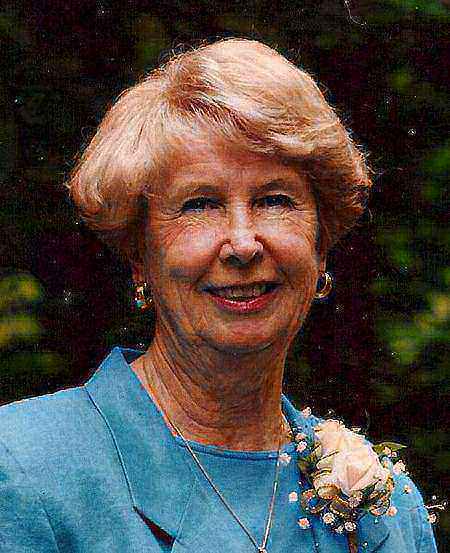 Dorothy Martina Nelsen Samskar, age 85, died Sunday, July 15, 2012 at Theda Clark Hospital in Neenah, Wisconsin. She was born in Duluth, Minnesota on August 20, 1926, the youngest child of Peder and Emma (Anderson) Nelsen. She graduated from Denfeld High School in Duluth, Minnesota in 1944. She married her high school sweetheart Wayne Samskar on July 3, 1948 and they remained married for 61 years until Wayne passed away in 2009.

Dorothy was a life-long resident of Duluth, Minnesota until she and Wayne moved to Appleton, Wisconsin, in 2009 to be close to family. She truly loved her life at Pike Lake and the special community of people there. Dorothy was proud of the fact that she, on her own, purchased a home in Sun City, Arizona, where she and Wayne enjoyed 15 winters.
She was a loving and involved mother. She loved to entertain and cook, sew, knit, cross-country ski, and play bridge and golf. She spent summers on the dock at Pike Lake. Gatherings at Pike Lake and Dorothy's cooking were the hub for both Wayne and Dorothy's extended family and friends. She was a wonderful homemaker and loved when the long winters ended, windows could be opened, fresh air could come in, and laundry could be put out to dry. Dorothy enjoyed her many friends, including her sewing and birthday club gals and golf league pals at the Pike Lake Auto Club. She loved the color blue as known from her decorating and clothing. She loved dogs and owned and spoiled a number of them over the years.

Dorothy went to business school after high school and had a variety of jobs and volunteer positions over the years including being a secretary for Kimberly Clark in Duluth, bookkeeper for Denfeld SuperValu, secretary for Pike Lake Community Presbyterian Church, working for several clothing stores (where her stylish dressing could shine) and volunteering at St. Mary's Hospital.
She is survived by one daughter, Dorian Jordan and son-in-law Bill, and their two children, Julia and Will, granddaughter Jessica Samskar, and daughter-in-law Toni Samskar and her two children, Cassie and Jesse Gilberg. Dorothy's son Mark predeceased her in 2003, a profound loss she always carried with her.
The family would like to thank the many caring staff members at The Heritage and Peabody Manor in Appleton for their compassionate and dignified care of Dorothy.
Gathering of Family and Friends: 5 to 7 pm, Friday July 20, 2012 at Bell Brothers Funeral Home, 601 North 56th Avenue West, Duluth, MN 55807. Funeral Services for Dorothy will be held at 11 am, Saturday, July 21, 2012 at Pike Lake Presbyterian Community Church, 5611 Martin Road, Duluth, MN 55811 with visitation one hour prior, with Rev. John Gibbs officiating. Private burial services will be held on Saturday afternoon. In lieu of flowers, memorials may be to the Pike Lake Community Presbyterian Church, the Greater Denfeld Foundation, 4405 W. Fourth Street, Duluth, MN 55807, or the charity of your choice.