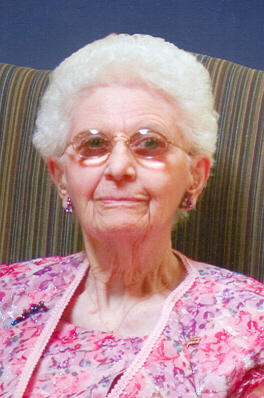 Age 93, passed away at Carolina Manor in Appleton on Friday, November 19, 2010. She was born in Neenah on December 4, 1916 the daughter of the late Worden A. and Edna (Bullis) Shove. On June 18, 1937 she married her husband of 68 wonderful years, Gordon Kraus. He preceded her in death in 2006. She and Gordon met while they were both playing first violin in the Appleton Civic Symphony Orchestra at Appleton High School. Dorothy was a former member of Trinity Lutheran Church in Appleton for 23 years and Our Saviour's Lutheran Church in Appleton for 42 years. Dorothy was always involved in the life of “her” church including: Sunday school teacher, Ladies Aid, choir, and worship. She enjoyed 44 years at their cottage on beautiful Arbutus Lake near Pickerel where she and Gordon had many very good friends. She was an associate member of Arbutus Lutheran Church in Pearson, WI and played in the bell choir there. Dorothy was involved in many organizations including Eastern Star and American Legion Auxiliary.

Dorothy is survived by her cousin, Shirley (Don) Metko; nieces and nephews; caretakers of eight years, Rev. Dennis and Cathy Ellisen; and many very special friends. She was preceded in death by her husband, Gordon; and her sister, Agnes.

The funeral service will be at 2:00 p.m. on Wednesday, November 24, 2010 at Wichmann Funeral Home, 537 N. Superior St., with Rev. Martin Ruge officiating. Friends will be received at the funeral home on Wednesday from 12:00 p.m. until the time of the service. Entombment will be in Appleton Highland Memorial Park.

A memorial fund in Dorothy's name is being established.

With her eyesight failing, Dorothy still enjoyed singing hymns with Pastor Ellisen. One favorite that they would sing together was “My Life Flows On in Endless Song”-it became Dorothy's creed. “No storm can shake my inmost calm while to that rock I'm clinging. Since Christ is Lord of heaven and earth, how can I keep from singing.”