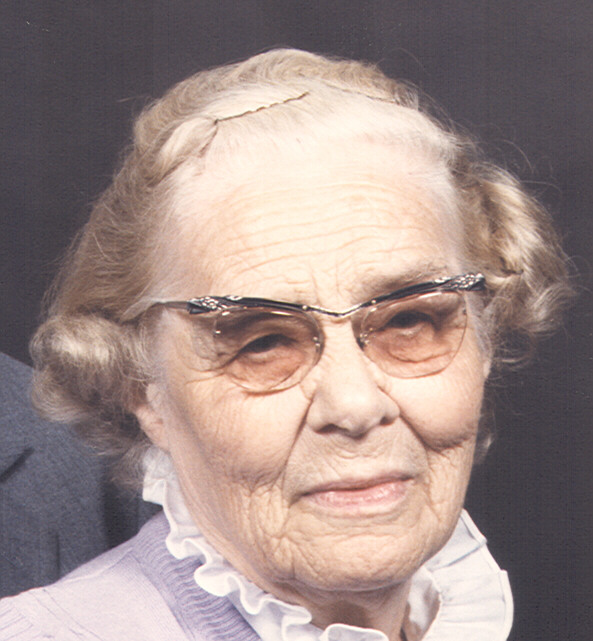 Dorothy R. Champeau, age 96, formerly of Kaukauna, died Friday morning, January 11, 2008, following a brief illness. She was born September 25, 1911, to the late Edward and Rachel Anna (Terry) Hahnemann, in Kaukauna, where she was a resident all of her life. Dorothy had been employed by St. Elizabeth Hospital as a nurse’s aide for a number of years. She enjoyed ceramics, sewing, making dolls and cooking. Dorothy was a member of Immanuel United Church of Christ and its Prayer Circle and a member of the Rebekahs. She is survived by two daughters, Shirley (Douglas) George, Appleton; Georgianna (Walter) Erskine, Florida; a daughter-in-law, Barbara Champeau, Neenah; eight grandchildren; 14 great grandchildren; four great great grandchildren; a brother, Everette Hahnemann, Kaukauna; two sisters, Kareta Kilgas, Kaukauna; Bina (Leslie) Wallace, Menasha. She was preceded in death by her husband, Gordon in 2000, a son, Edward in 2007, two brothers, Kenneth Hahnemann and Donald Hahnemann and a sister, Artis Hahnemann. The funeral service for Dorothy will be held at 3:00 pm, Monday, January 14, 2008, at the Tri County Chapel, with Reverend Melinda L. Feller officiating. Entombment will be in Appleton Highland Memorial Park. Friends may call at the funeral home from 1:00 pm, Monday, until the time of the service. A memorial fund is being established for Immanuel United Church of Christ.