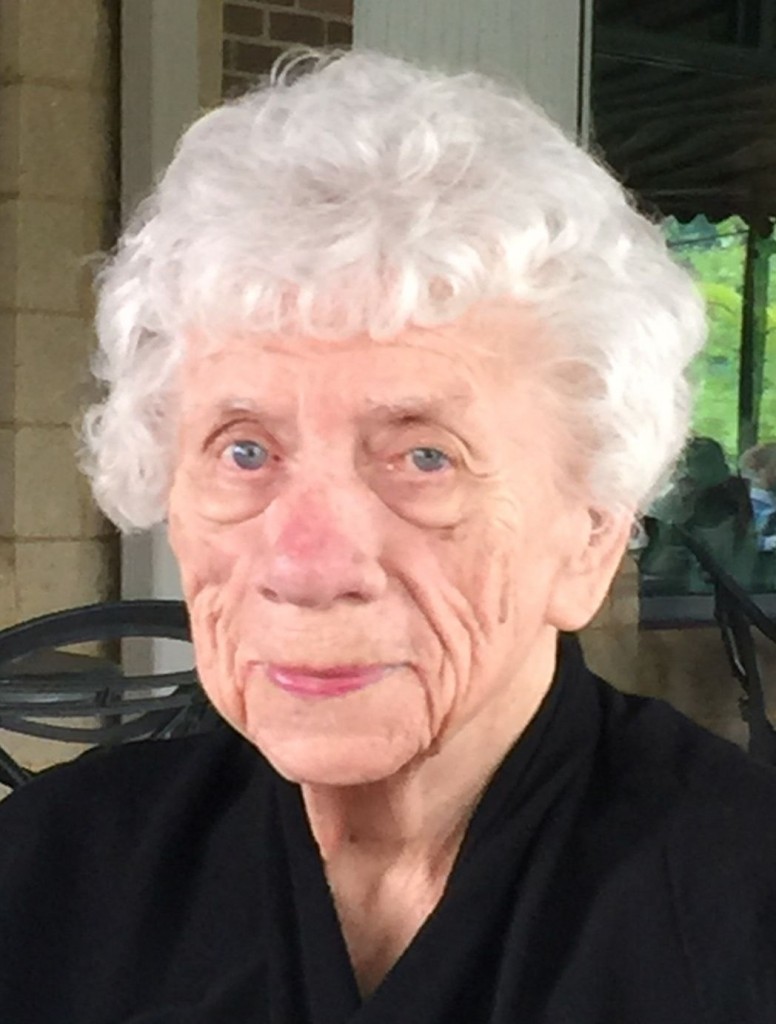 Dorothy Mae (Valitchka) Coopman went to heaven on February 11 after a brief illness. She was born on a snowy February 3, 1922 in Oconto to the late Frank and Lydia (Kitler) Valitchka, the youngest of a family with five children; she was the last surviving member.

She graduated from Oconto High School where she created the Pep Club, once inviting Curly Lambeau to address a school assembly. (He graciously declined in a personal letter.)

She sang in her church choir and enjoyed accompanying her mother when she cared for neighbors’ families when other mothers had their babies. This was how she learned to hang wallpaper and make large, satisfying meals, all of which prepared her for a life of caring and community service.

While working as a switchboard operator at the Green Bay YWCA during World War II, she met Benjamin (Bennie) Coopman, a Menasha sailor assigned to the Port of Green Bay with the US Coast Guard. Their acquaintance led them to marriage at St. John the Baptist Catholic Church in Menasha on May 14, 1948.

Dorothy participated in many aspects of her community and church. She served on the redistricting committee and other projects of the Menasha Action Council; assisted at Neenah-Menasha Red Cross blood drives, and was proud to be a 25-year election poll worker, which earned her recognition from the City of Menasha.

She was a member of the Menasha Homemakers, which later merged with the Neenah Homemakers, and held several positions including president. As part of the Homemakers, she helped make hundreds of baby quilts for the Christine Ann Domestic Abuse shelter, Oshkosh. She also presided over the Rosary Society at St. John’s, where she worked on sewing projects, spring and fall festivals, and organized dinner dances. She helped produce the parish’s centennial yearbook.

She supported her children in all of their activities, led the Menasha High School Booster Club and once organized the football banquet.

Dorothy enjoyed bowling, and took up golf in her 60s. With Bennie, she enjoyed playing rummy and poker with friends, and attending Saturday night dances at local nightspots.

She also is survived by sister-in-law Lorraine Coopman, many nieces and nephews.

Dorothy was preceded in death by her husband Bennie; her parents; brothers Roy and Matt Valitchka; sisters Alice Saucier and Eunice Johnson; and many treasured sisters- and brothers-in-law.

A celebration of Dorothy’s life will be held on Thursday, February 15 at St. John the Baptist Catholic Church, 516 DePere Street, Menasha, with visitation from 9:30-11:30 AM. Mass of Christian Burial at 11:30 AM with Rev. James Hablewitz officiating. Dorothy will be laid to rest privately at Greenlawn Cemetery in Neenah, Wisconsin.

The family wishes to extend sincere thanks to everyone at St. Paul’s Elder Services for their kind care of Dorothy; physicians and staff at ThedaCare Regional Medical Center-Neenah, and Dr. Patricia Demery.

Memorials to a charity of your choice in Dorothy’s name are appreciated.