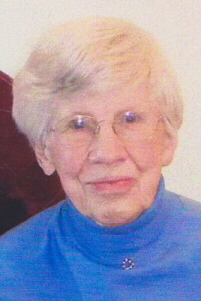 Dorothy M. Levandoski, age 91, passed away on Tuesday, August 3, 2010 at St. Elizabeth Hospital in Appleton. She was born on March 28, 1919 in Marathon, WI, the daughter of John and Catherine (Ritter) Drengler. Dorothy was very proud to be a 1936 graduate of Marathon High School. She then married Leonard Levandoski in 1945 in Marathon. Dorothy's family owned and operated a bakery in Marathon for 30 years. One of her passions was gardening. She enjoyed playing cards, especially Sheepshead and King's Corners, and loved Scrabble and doing crossword puzzles. Dorothy was a fan of the Packers, Brewers, Badgers, and loved watching golf. She also enjoyed bird-watching and fishing. Dorothy is survived by four children, Michael (Lynn) Levandoski, of Mauston, Terese (Thomas) Berghuis, of Appleton, Joel (Karen) Levandoski, of Menomonie, and Lenore (Michael) Piccione, of Beloit; 12 grandchildren, Damian (Dawn) Levandoski, Brad, Timothy, and Robyn Levandoski, Angela (David) Jansen, Rick (Kelly) Berghuis, David Berghuis, Justin (Kate) Levandoski, Lauren Levandoski, Dominick (Julia) Piccione, Nicholas Piccione, and Tanya (Greg) Skemp; 8 great-grandchildren, Shelby, Matthew, and Samuel Levandoski, Brooke Jansen, Khloe Berghuis, Michael and Anna Skemp, and Dominic Piccione; and many other relatives and friends. She was preceded in death by her husband, Leonard; seven brothers and sisters, Lillian (Franklin) Krautkramer, John (Maggie) Drengler, Beatrice (Harry) Wilke, Cora (Michael) Beaudo, Irene (Wally) Bergner, Francis (Bill) Behnke, and Harvey (Marcella) Drengler. A memorial mass will be held on Friday, August 6, 2010 at 11:00 a.m. at HOLY SPIRIT CATHOLIC CHURCH, 600 E. Kimberly Ave., Kimberly, with Fr. David Beaudry officiating. Visitation will be Friday from 9:30 a.m. until the time of the mass. In lieu of flowers, a memorial fund is being established in Dorothy's name. A special thank you to the people of Hallmark Place and Rennaissance Assisted Living for giving her eleven wonderful years.