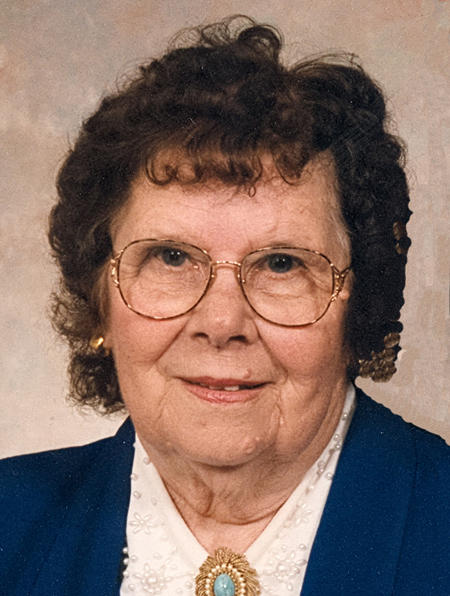 Dorothy K. Marx, 91, passed away on January 26, 2012, at Appleton Medical Center. She was born on February 9, 1920 in Kaukauna to Henry and Laura (Haas) Mischler. On June 28, 1945 she married her husband of 64 years, Clarence Marx, at St. Francis Catholic Church, Hollandtown. Dorothy was very active in her community and was a 4-H leader for 35 years, a past secretary and president of the Freedom Ladies Auxiliary, a member of the Town of Freedom and Town of Kaukauna Historical Societies, the Outagamie Retired Teachers Association, the advisory board Prime Time Club and Holy Cross Catholic Church. She was also a very active poll worker at the Kaukauna Town Hall.

The funeral liturgy will be at 10:00 a.m. on Saturday, January 28, 2012 at HOLY CROSS CATHOLIC CHURCH, (309 Desnoyer St., Kaukauna) with Fr. Tom Pomeroy officiating. Friends will be received at the funeral home on Friday from 4:00 p.m. until 7:00 p.m. and at the church on Saturday from 9:00 a.m. until the time of the mass. Burial will be in Holy Cross Cemetery, Kaukauna.

The family would like to extend a special thank you to the Appleton Medical Center ICU staff for the loving care and attention they have given Mom. We would also like to thank all of her Doctors and their staff for all the care she has received especially the Orthopedic Sports Center staff.
In lieu of flowers, a memorial fund in Dorothy's name is being established.