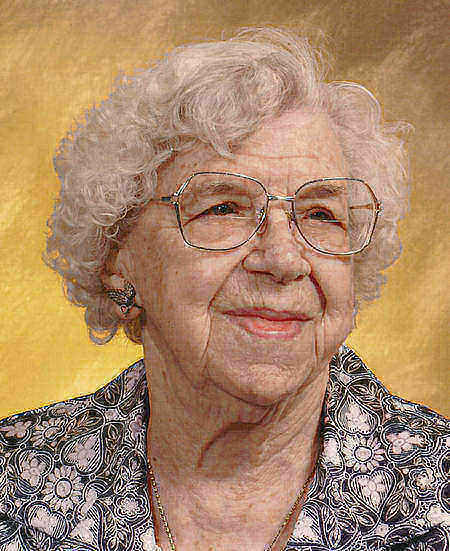 Dorothy C. Klingbile, of Appleton, passed away on Saturday, March 17, 2012. She was born in Milwaukee on March 5, 1910 the daughter of the late Phillip and Matilda (Borneman) Koenig. Dorothy was preceded in death by three husbands: Frank Belanger, Chuck Zimmerman, and Henry Klingbile. She worked for S.N.C. Manufacturing in Oshkosh, making transformer coils, for 17 years, retiring in 1972. Dorothy enjoyed traveling, knitting and crocheting, all types of crafts, and wood carving. She journaled her life and accomplished four volumes. Dorothy enjoyed living at The Heritage Retirement Community for 27 years and participated in their activities which included Bingo and the craft room. Dorothy will be remembered for getting things done “now”, and the zeal with which she did it.

The funeral service will be at 1:30 p.m. on Wednesday, March 21, 2012 at ST. JOHN LUTHERAN CHURCH, 491 Old Oregon Rd.(Town of Nekimi), Oshkosh, with Rev. James E. Rieff officiating. Friends will be received at the church on Wednesday from 12:00 p.m. until the time of the service. Burial will be in the Parish Cemetery. Condolences may be expressed at www.wichmannfargo.com.

A memorial fund in Dorothy's name is being established.