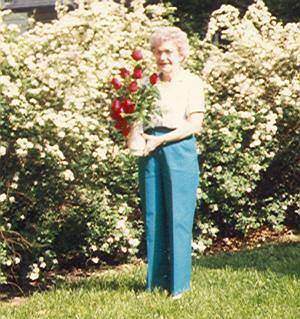 Dorothy Asbury
Appleton
Age 86, passed away peacefully at Cherry Meadows on Saturday, October 28, 2006 with her family at her side. Dorothy was born January 31, 1920, daughter of the late Wylie F. and Mary E. (Greene) Stevens. She married Jack Asbury in 1942 and he preceded her in death in 1997. Dorothy was a lifelong resident of Shenandoah, Iowa before moving to Appleton in 1999. b Dorothy is survived by her children Jack Asbury, Juneau, Alaska; Jo Ann (Don) Lang, Sherwood, WI., her grandchildren, Chantelle Ebert, Autumn Asbury, Erik, Jessica, and Jennifer Lang, and 4 great grandchildren. She was preceded in death by an infant son, 2 brothers and 3 sisters.
Funeral Services for Dorothy will be held at 6 P.M. Monday, October 30, 2006 at Wichmann Funeral Home, 537 N. Superior St., Appleton. Visitation will be at the funeral home from 4 P.M. until the time of services. A memorial is being established. Burial will be held in Shenandoah, Iowa.