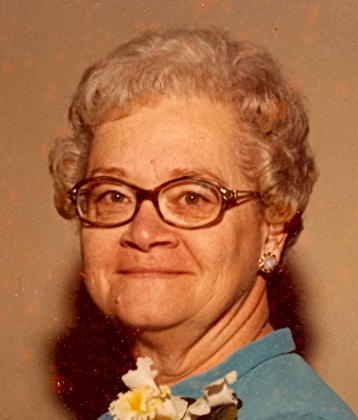 Dorothy A. Gruen, 91, of Kimberly, passed away on Thursday, September 27, 2012. Dorothy was born on January 21, 1921 to Edward and Lilia (Weihaussen) Kesselhon in Manitowoc. On November 24, 1942 she married Lambert “Chops” Gruen in Detroit, Michigan and their marriage was blessed at Holy Name in Kimberly. Dorothy worked as a chef at Oak Wood Hills and owned Chop's Bar in Kimberly with her husband until 1962. She enjoyed listening to her husband's band Chops Trio, gardening, traveling, volleyball and bowling. Dorothy loved spending time with her family and friends and that time will always be treasured. Dorothy was a member of Holy Name Catholic Church.

Dorothy was preceded in death by her parents, her husband Lambert, a brother John (Ann) Kesselhon, a sister Marion (Tony) Anthony, and a half sister Marilyn Burton.

The funeral liturgy for Dorothy will be held on Monday, October 1, 2012 at HOLY SPIRIT/HOLY NAME CATHOLIC CHURCH, 600 E. Kimberly Ave, Kimberly at 12:00 PM with Fr. David Beaudry officiating. A time of visitation will be held on Sunday, September 30, 2012 at the Jansen Fargo Funeral Home from 5:00 until 8:00 PM with a prayer service at 8:00 PM and on Monday from 11:00 AM until the time of the service at the church.

Online condolences may be expressed at www.wichmannfuneralhomes.com. The family would like to extend a special thanks to the wonderful staff at Parkside Care Center and all of Mom's caregivers over the last years.