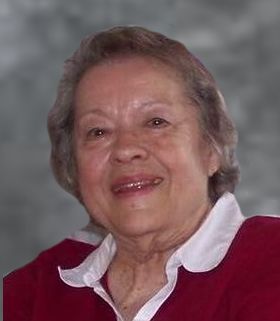 Doris was born June 26, 1929 in Queens, New York to Orville and Johanna Williams. She was the eldest of three children. She graduated from Chatham High School in New Jersey. She was married to Donald G. Cobb in 1948, and they went on to have four children.

Doris moved to Appleton in 1969. She worked for the city and then for Outagamie County as Executive Director of the Housing Authority, where she championed many programs for the elderly. She was very involved in community theater and with the Embroiderer's Guild.

Doris loved travel, and after retiring from public service she roamed the globe as often as she could. She set foot on every continent but Asia, including trips to the Arctic and Antarctic. Her last big adventure was to Holland in 2014, to see the tulips. Doris loved her garden, and landscaped her yard into a natural habitat certified by the National Wildlife Federation. She was a volunteer at Mosquito Hill Nature Center.

Doris was preceded in death by her beloved husband Robert Cousins, her high school sweetheart with whom she was reunited and married in 2010. They will celebrate their sixth anniversary in Heaven, this March 17th.

Respecting her wishes, no local services are planned. In a private family celebration of her life, her ashes will be returned to the ocean she loved so much.

In lieu of flowers, charitable donations may be made in her name to Rainbow Animal Assisted Therapy, 6042 West Oakton Street, Morton Grove IL, 60053.

For more information or to share a memory of Doris, please visit www.wichmannfargo.com.