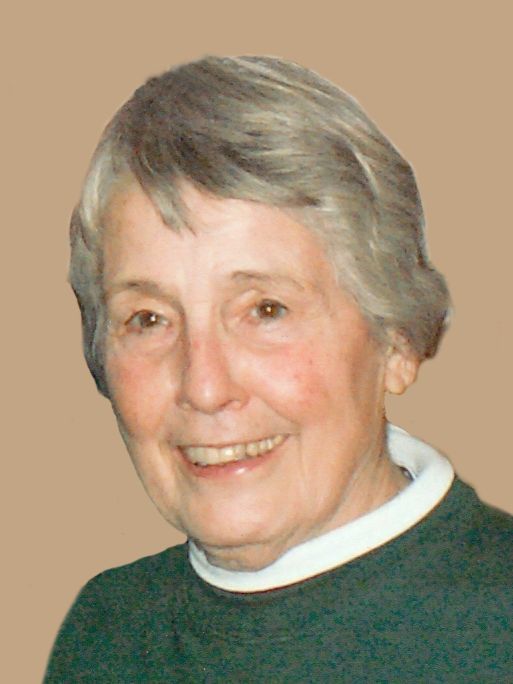 Doris G. Jayne, 90, died on June 24, 2016 at St. Paul Elder Services, Kaukauna. She was born in Waukesha County on January 10, 1926 to Horace Kier Guthrie and Jennie Connell Guthrie. Doris was a 1943 graduate of Waukesha High School and received a B.S. in mathematics and physics in 1947 from the University of Wisconsin in Madison. That same year she married Jack E. Jayne. After her four children were all of school age, Doris took classes at UW-Oshkosh to earn her teaching certificate, followed by twenty years as a math teacher in the Menasha public schools. She received the Teacher of the Year award in recognition of her outstanding teaching skills. Doris retired in 1988 and began a second career, teaching swimming and water exercise at the Appleton YMCA for 25 years.

As her children's first piano teacher and a Girl Scout leader when the children were young, Doris's love of teaching found many outlets. She was also an accomplished and creative seamstress, finding time to sew clothes for herself, her children, and her grandchildren, as well as wedding dresses, men's ties, quilts, Halloween costumes, and many swimming suits for her friends in her Slow Stretch classes at the Y.

Doris loved to work in the garden and constructed a lily pond in the backyard of the home she and Jack shared in Freedom, Wisconsin. The pond and the beautiful native plant beds she nurtured were a highlight of an Appleton Garden Walk. She also enjoyed bird-watching, classical music, and playing French horn in the New Horizons Band. Among her many enthusiasms was camping, a favorite family activity from when her children were small until the time when camping trips also included grandchildren. Animals of all kinds, but especially turtles, frogs, and polliwogs, were among Doris's favorite things. Her collection of turtles made of wood, fabric, stone, and many other materials filled her windowsills.

During their retirement years, Jack and Doris traveled extensively throughout the world. Around the age of ten or eleven, each of their grandchildren accompanied them to an Elderhostel featuring joint activities for the two generations.

A family gathering to remember Doris will be held at a later date. The family would like to thank the staff of Apple Tree Court and Poppy Path at St. Paul Elder Services for their compassionate and cheerful care.