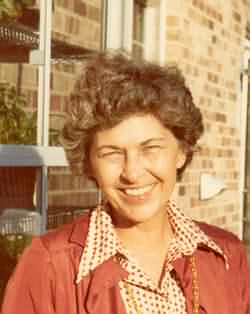 Doris A. Emas
Age 76, Appleton, formerly of Decatur, Illinois, passed away on February 17, 2003 at her residence. She was born on July 23, 1926 in St. Louis, Missouri to the late Walter and Bertha Kaeller. She married William Emas in 1943, and lived in St. Louis, MO and Decatur, IL. until moving to Appleton in 2002. Her hobbies included: reading, crafts, gardening, spending time with her grandchildren, and was an avid supporter of the home shopping network. She was known for her dry sense of humor, sharp wit and quick smile.

She was preceded in death by her husband, William; sister: Dorothy Schloessman, St. Louis; parents.

There will be no services held in Appleton. A memorial fund is being established.
A special thank you to the Theda Care at home Hospice workers for their contributions to all of us; you will never be forgotten.