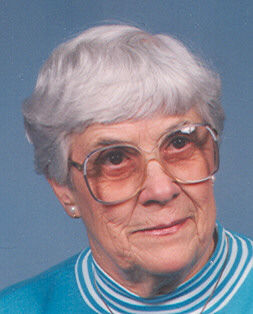 Dora Virl Pockat, age 87, died peacefully with her family by her side on November 4, 2009 at Brewster Village in Appleton. She was born on March 19, 1922 in Waupaca County, the daughter of the late Riley and Rennie (Dexter) McNutt. Dora was married on October 26, 1941 to the love of her life, Leonard E. Pockat for 43 years until his death in 1984. She was a life long member of the United Methodist Church in Clintonville and a leader in their Women's Society. Dora enjoyed spending quality time with her friends and loved to be with her grandchildren. They often spent time playing games together and Dora even loved to take Ian fishing.

Dora's family wishes to extend a sincere thank you to all the staff at Brewster Village for all their love, care and support for their mom.