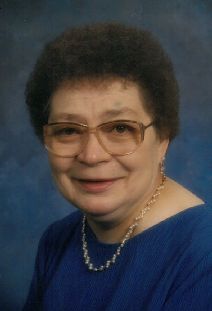 DonnaMae A. Albrecht, age 83, of Appleton, passed away surrounded by her family at her home on Wednesday, April 11, 2018. She was born in Appleton on January 28, 1935 daughter to the late Clarence A. and Wilma M. (Horn) Christen.

DonnaMae graduated from Appleton High School - West in 1953. She continued her education in Minneapolis and subsequently found work in Chicago. She relocated to Appleton and married Charles G. Albrecht on June 4, 1955. Together they were blessed with five children.

She was first employed with Lawrence University and then as a sales clerk for J.C. Penny for twenty-eight years retiring in 1998.

She enjoyed solving word searches and crossword puzzles; she also was a collector of Santa Claus figurines and displayed them year round making it Christmas all year. In her younger years DonnaMae and her husband, Charles, loved to dance. She always looked forward to lunches with friends and the First Friday of the Month Breakfast Club. Above all she cherished time with her family, especially making memories with family at the cottage.

In addition to her parents, DonnaMae was preceded in death by her husband, Charles, in February of 2000; her brother, Robert, and her granddaughter, Angie.

The Funeral Service will be held on Saturday, April 21, 2018 at 12:00 p.m. at WICHMANN FUNERAL HOME, 537 N. Superior Street in Appleton. Visitation will be held on Saturday starting at 10:00 a.m. until the time of the service. Entombment will be held at Highland Memorial Park in Appleton at a later date. In lieu of flowers, a memorial fund has been established in DonnaMae’s name. Online condolences can be shared at www.wichmannfargo.com.