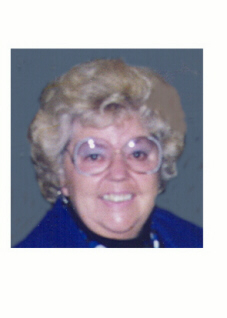 Donna Mae Pieti passed away peacefully on Friday morning, December 2, 2005 at the Appleton Medical Center at the age of 75. Donna was born in Yakima, Washington on February 17, 1930, daughter of the late Alvie and Olga (Stormo) Mondor. She grew up in the Yakima area and graduated from Yakima High School. In October of 1949, she married Leslie Pieti; he preceded her in death in 2003. For over forty years, Donna worked as a bookkeeper and office manager for Hahn Motor Company, an automotive dealership in Yakima. In 2002, she and Leslie moved to Appleton to be near to their daughter and her family. Donna enjoyed flower gardening, cooking, baking, and lively conversation with family and friends. Those that knew her will recall the active mind and sharp intellect she carried her entire life. She will be fondly remembered and greatly missed by her daughter: Kristine (Patrick) Snow of Appleton. Her granddaughters Katie Snow of Allegan, Michigan and Megan (Ryan) Lewis of Madison, Wisconsin were the apple of her eye, and meant the world to her. They too will miss her very much. Donna is also survived by a brother-in-law: Hank (Diana) Pieti of Selah, Washington, as well as numerous nieces, nephews, other relatives and friends. She was preceded in death by her parents, her husband in 2003, an infant son Ricky, and a brother Jack Mondor.

In keeping with Donna‚Äôs wishes, the family will hold a private service at a later date. In lieu of flowers, a memorial fund has been established for the American Heart Association.

For the past year, Donna had been a resident at The Heritage. She enjoyed her friends there very much, and the family would like to thank everyone at the Heritage for welcoming Donna and making her feel so much at home. We will always remember your kindness.