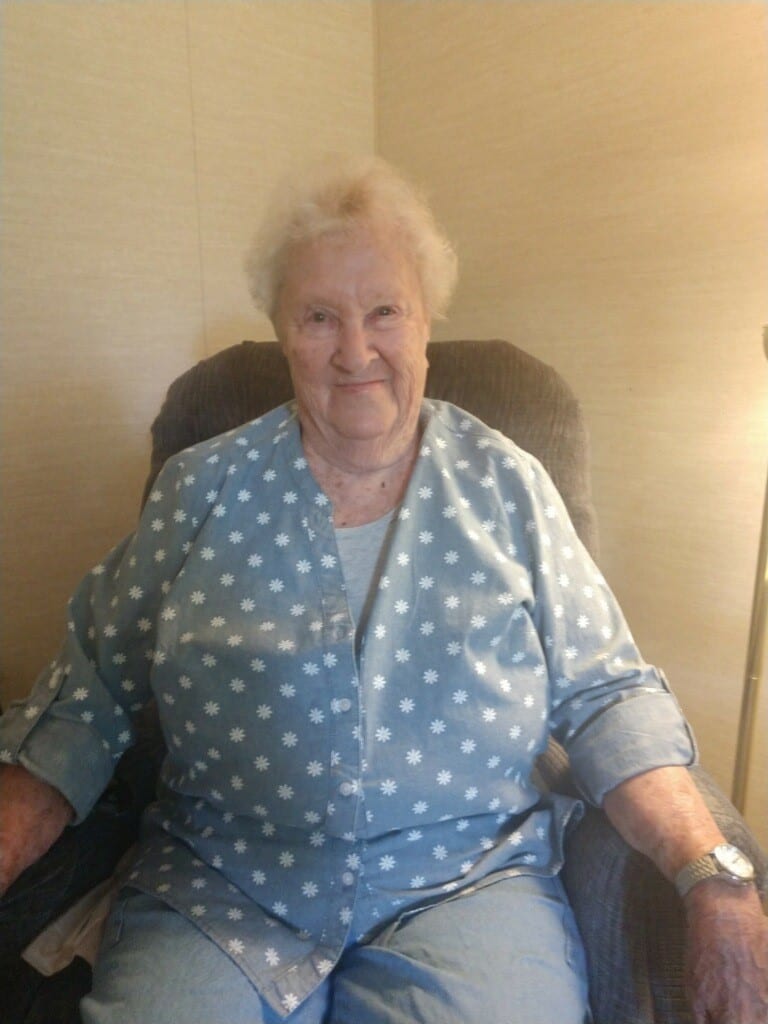 Donna Mae Allen went peacefully into the Lord’s arms Wednesday, February 3rd, 2021 at the age of 92.

Born in Milwaukee on April 22nd, 1928 to Wilhelmina (nee Bauer) and John Stam, Donna grew up with her parents and three siblings in the city, and graduated from Rufus King High School in 1946.

In 1944, while still in high school, Donna took a job selling candy at the National Theater. She loved to tell of the many cute guys she met on the job, but it was Richard Allen, another young theater employee, who really caught her attention.

Richard proposed to Donna in 1946, just prior to embarking upon a two-year tour of service in Italy during WWII. When he returned to the states in 1948, the two married at Christ Evangelical Lutheran Church on Milwaukee’s south side.

Richard and Donna raised three children: William, Susan and Bonnie. The couple possessed a strong relationship with God and together with their family were faithful members of Redemption Lutheran Church in Milwaukee for many years.

Donna loved travelling, and trips to Germany, Hawaii and Alaska were among her most memorable big journeys. She was also inspired by the annual camping trips she, Richard and the kids took out west. Memories of those mountains became the inspiration for many beautiful paintings Donna later created.

Painting was just one of Donna’s hobbies and talents. She also loved reading, ice skating, sewing and listening to music – especially opera. Art was her passion though, and she was lucky to carry her gift of painting into her later years and continue producing magnificent landscapes even as her eyesight waned.

Perhaps Donna’s greatest gifts though were her infectious laugh, jovial personality and unrivaled sense of humor. She had a smile for everyone she met and could always be counted on to share a conspiratorial giggle or a slightly dirty joke.

But Donna was also just as likely to offer warm advice and comfort about how brighter days always lie ahead. She could fill the hours with conversation, and was just as happy to talk and joke about trivial matters of the current day as she was detailing her thoughts on politics or literary classics. She contained a wealth of knowledge and a depth of spirit, comparable to none.

In her later days Donna loved snacking on cheese balls and chocolates, chatting and playing games with her neighbors at Rosemore, listening the Brewers on her radio and books on tape, and having phone calls and visits with her many family and friends.

Donna spent her last three years at Rosemore Retirement Village in Wild Rose, where she was lovingly cared for by an exceptional team, to whom we extend our most sincere gratitude and appreciation.

Further special thanks to the staff of the Theda Care 8th floor in Appleton.

Donna will be laid to rest at Highland Memorial Park with her beloved Richard. A celebration of Donna’s life will be held at a later date.

Donna Mae will live forever in our hearts.