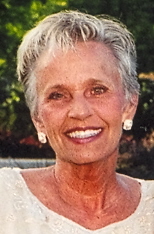 Donna Jean Kleberg, age 63, of Kaukauna, passed away on Wednesday, March 31, 2010, at her home, following a courageous battle with cancer, surrounded by her family. Donna was born on February 14, 1947, in Shawano, to the late Franklin and Bernadine “Blondie” (Breitrick) Jesse. She was well-known for her involvement in the Food Service industry in the Valley for many years and most recently was employed at Heid Music, Appleton, in the Piano Department. Donna enjoyed traveling, gourmet cooking and catering, visiting friends, as well as entertaining at home. Survivors include her children: Jessica (Darren) Merten, Wausatosa, and Jason Kleberg (Molly Starszak), Seattle, Washington; and her beloved dog Hannah and cat Ethel; her brothers: Ronald (Kathryn) Jesse, Shawano, David (Cynthia) Jesse, Shawano; her nephew, Paul Jesse; and her niece, Meegan Jesse; as well as numerous extended family members. She was preceded in death by her parents, Franklin and Bernadine Jesse. Respecting her wishes, there will not be a formal funeral service for Donna. There will be a memorial visitation at the Fargo Funeral Home, Kaukauna, on Friday, April 2, 2010, from 4:00 p.m. to 8:00 p.m. In lieu of flowers, a memorial has been established in her name. The family would like to extend a sincere thank you to her good friends, neighbors and caregivers, for their loving care.
Fargo Funeral Home
400 W. Wisconsin Avenue
Kaukauna, WI 920766-6200
Online Condolences
www.wichmannfargo.com