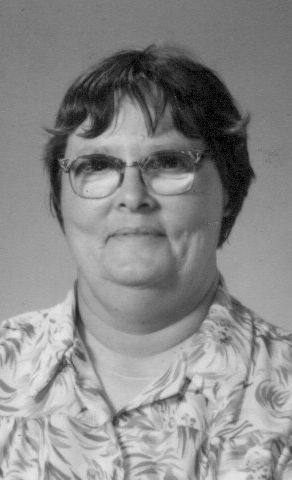 Donna M. Helein, age 79, passed away peacefully into the arms of God on Wednesday, October 29, 2014. She was born on December 4, 1934, to the late Leonard and Adriana Helein and resided in Kaukauna her whole life. Donna enjoyed keeping her mind active by reading and doing crosswords and word searches. She especially loved spending time with her family and being close to all of them. Donna was loved dearly by her family, and she will be greatly missed.

Funeral services for Donna will be held at 11:00 a.m. on Saturday, November 8, 2014, at the FARGO FUNERAL HOME, 400 W. Wisconsin Avenue, Kaukauna. A time of visitation will take place at the funeral home from 9:00 a.m. until the time of the service. Donna will be laid to rest at Holy Cross Cemetery.

The family would like to thank the staffs at St. Elizabeth Hospital, St. Paul Home, and many more that helped for all of their wonderful care.