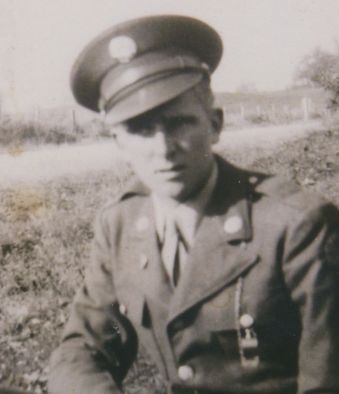 Donald Edwin Witt, age 90, of Freedom, passed away peacefully with his loving family by his side on Thursday evening, April 9, 2015 at the Appleton Medical Center. He was born in Appleton on August 14, 1924, son of the late Selma and Arnold Witt. He left home at the age of 18 to serve in the United States Army during WWII. On his 21st birthday, the Japanese surrendered while he was in the Philippines. After returning home, he met his soon to be wife Margaret McLaughlin. They would marry on July 13, 1946. Donald worked several different construction jobs before retiring from Boldt Construction.

Donald loved the outdoors and gardening, especially flowers. He also enjoyed deer hunting with family, his hobby farm and polka music. He was a member of the V.F.W. in Freedom. Above all, he cherished the time spent with his family.

The funeral Liturgy for Donald will be held at 11:00 a.m. on Tuesday, April 14, 2015 at ST NICHOLAS CATHOLIC CHURCH, W2037 Country Road S, Freedom, with Father Walter Stumpf officiating. A time of visitation will be held on Monday, April 13, 2015, at WICHMANN FUNERAL HOME, 537 N Superior St. Appleton, from 4:00 p.m. until the prayer service at 7:00 p.m. and again at CHURCH, Tuesday from 9:00 a.m. until the time of service. Online condolences may be expressed at www.wichmannfargo.com.

Donald's family would like to thank the Country Villa Assisted Living in Freedom for their care and compassion.

Dad- Thanks for all the wonderful memories. We love you and will miss you!
We know you and mom are dancing in heaven to your favorite polka music.