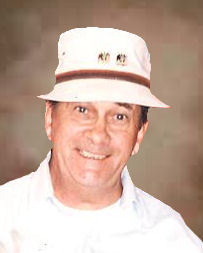 Don Winarski, age 93, passed away on March 1, 2017. He was born in Menasha on November 30, 1923, son of the late Paul and Wanda (Sheleski) Winarski.
Don married Elizabeth (Betty) Berndt on May 1, 1948 at St. Patrick's Catholic Church in Menasha. They celebrated 62 years together. Don was employed by Kimberly Clark Corporation, Neenah Lakeview Mill and retired in 1985 after 43 years of service. As a young man, Don played baseball with the Menasha Falcons and umpired for the Wisconsin Dairyland League. He enjoyed baseball, golf, the Packers, collecting coins, watching comedians on television, and time spent at home sitting on the porch and listening to polka music.

Family and friends are invited to gather on Sunday, March 5, 2017 at the Wichmann Funeral Home Tri County Chapel, 1592 Oneida Street in Menasha, beginning at 2:00 PM. At 4:00 PM there will be a time to share memories of Don.

The family would like to thank all the wonderful staff at Oakridge Gardens that made Dad's final years as active as possible.

In lieu of flowers, a memorial fund is being established in Don's honor to the Alzheimer Association and the Menasha Athletic Association, Menasha Macs.