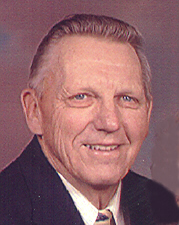 Age 74, passed away early Friday morning, March 28, 2008 at his home after a long, courageous battle with Liver Cancer. Don was born on November 11, 1933 in Berlin, Wisconsin, son of the late Mary Plato. After the passing of his mother, he was adopted by his late uncle and aunt, Leo and Helen Plato, and was lovingly raised by them until he set off on his own. Don graduated in 1951 from Berlin High School, after which he earned his Associate's Degree in Accounting from Fox Valley Technical College. He proudly served his country with The United States Army during the Korean Conflict until he suffered life-threatening injuries while stationed in Germany. On May 12, 1956 he was united in marriage to Audrey Ann Krause at St. Stanislaus Catholic Church in Berlin. The couple shared 51 wonderful years of marriage and their marriage was blessed with four children. Don worked as a Processor for the Outagamie County Sheriff's Department, retiring in 1993. He also was self-employed with the Lot Marking Service. Don was a long-time member, Past Commander, and Adjutant of the D.A.V. Chapter 18, as well as a member of St. Pius X Catholic Church. He was a strong, yet gentle soul who loved his family, his dog, Ginger, fishing, hunting, gardening, shooting pool, snowmobiling, Brewers baseball, traveling, and playing cards, mostly poker and sheepshead.

Funeral Liturgy for Don will be held at 10:30 A.M. on Monday, March 31, 2008 at St. Pius X Catholic Church (500 West Marquette Street) with Father Donald Zuleger officiating. Friends may call on Sunday from 2 until 5 P.M. at the Wichmann Funeral Home (537 North Superior Street) and again on Monday from 9:30 A.M. until the time of mass directly at the church. Interment will be in St. Joseph Catholic Cemetery in Appleton. In lieu of flowers, donations in Don's name are appreciated to the American Liver Cancer Society.

The family would like to thank Dr. Rilling and Dr. Saeian from Froedtert Memorial Hospital; Dr. Lenz from the V.A. Clinic; the staff of Theda Care at Home Hospice, especially Katie, Eric, and Teri, and Deacon Rick Simon for their loving care.