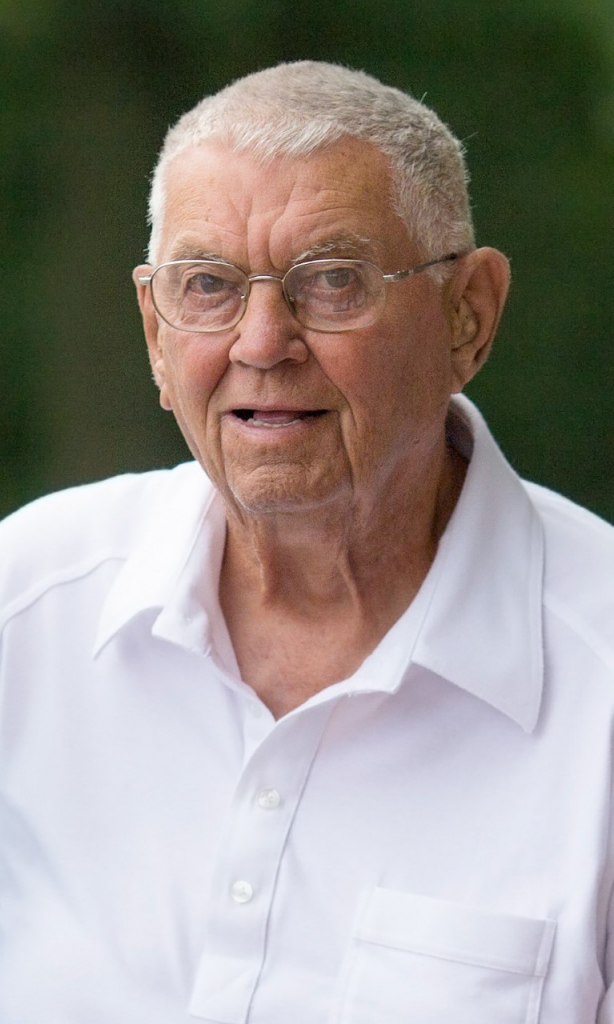 Donald J. “Pete” Valentyne, age 89, of Kimberly, passed away on August 19, 2019. Don was born on Main Street in Kimberly on March 30, 1930 to Peter and Anne (Smits) Valentyne. He graduated from Kimberly High School in 1948, excelling in basketball and football. Upon graduation he started working at Kimberly Clark. He served his country as a member of the U.S. Army, based at Fort Benning, Georgia. After his honorable discharge from the Army, he returned to Kimberly Clark as an apprentice sheet metal worker. He worked for Kimberly Clark, MidTec and Repap for 42 years, retiring in 1990.

On July 15, 1950 he married Audrey A. Krueger at Holy Name of Jesus Catholic Church. Together they owned and operated Valentyne’s Beer Depot from 1960 to 1970, while he continued to work at the mill. They lived in Kimberly until his retirement, when they moved to Lake Poygan. They enjoyed quiet mornings on the deck, sunsets on the swing and campfires, but most of all visits from their children and grandchildren. They moved back to Kimberly in 2009.

He served as trustee on the Kimberly Village Board from 1966 to 1986, never losing an election.

Per his request, private family services will take place at a later date.

Jansen-Fargo Funeral Home of Kimberly is serving the family. For more information and to express condolences, please visit www.wichmannfuneralhomes.com.

The family would like to express a special thank you to the staff and nurses of St. Paul Hospice, especially Lisa, Melissa, Gina, Jean and Julie.