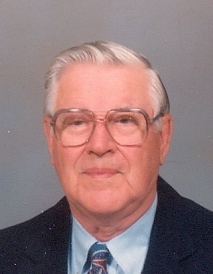 He was born on June 15, 1921, to Mary and Frank Biselx in Kaukauna. He was happily married to Eunice Kalupa on May 25, 1943. He was proud of his service in the Coast Guard during World War II and enjoyed working at Kaukauna Utilities for 37 years. He loved all of his family trips, all of his grandchildren and all the laughs he had with his great-grandchildren. He enjoyed fishing, playing cards, trips Up North and was most happy when listening to music, especially Les Paul, Chet Atkins, and Hawaiian slack key guitar.

A celebration of Donald's life will be held at St. Katharine Drexel (St. Mary's site), 119 West 7th Street, Kaukauna on Wednesday, July 27 at 4:00 PM. Visitation will be held in the church from 2:00 PM until the time of Mass.

The family offers their special thanks to the staff of St. Paul Elder Services and Dr. Jack Anderson for their dedicated care of Donald.

Memorials may be directed to The Loaves and Fishes Food Pantry, 2001 East Main Street, Little Chute, would be appreciated.