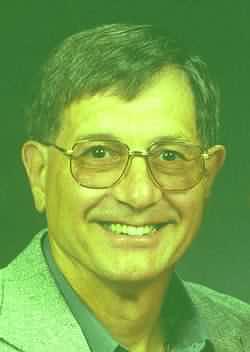 Age 68, died suddenly on Monday, November 24, 2003 as a result of an automobile accident. He was born on December 15, 1935 in Shiocton the son of ‚ÄúOllie‚Äù and Helen Laedtke. He was a 1955 graduate of Appleton High School, and earned his Bachelor and Masters Degree in Art Education from The University of Wisconsin – Oshkosh. He married Joyce Weber on August 12, 1960 in Kellnersville, Wisconsin. Don retired from the Appleton Area School District after 32 years of teaching art. He taught at Einstein, Madison, and Wilson Middle Schools, and Appleton West High School. Don loved life. He was an avid hunter, fisherman, golfer, and woodworker. His pride and joy were his three grandchildren. Don was the best husband, father, son, and grandfather that anyone could have ever asked for. He touched many lives and will be greatly missed.
He is survived by his wife Joyce of Appleton, his mother Helen Laedtke of Appleton, his son Todd Laedtke of Oak Park, Illinois, his daughter Beth Laedtke of Appleton, and daughter Pam (Steve) LaVigne of Appleton; his grandchildren: Sara, Anna, and Nicholas LaVigne. Don was also survived by his mother-in-law Lucille Weber, his sisters-in-law Barbara (Bob) Joswick of DePere, Pauline (Steve) Peplinski of Pulaski, and Alice (Tony) Faulkner of England. He was preceded in death by his father Oliver Laedtke, and his father-in-law Quirin Weber.
The Mass of Christian Burial will be conducted on Friday, November 28, 2003 at 1:00 PM at St. Bernard Catholic Church, 1617 West Pine Street in Appleton with the Rev. John Bergstadt officiating. Interment will take place at Riverside Cemetery. Friends may call at the church on Friday from 10:00 AM until the time of the mass. In lieu of flowers, a memorial fund is being established.