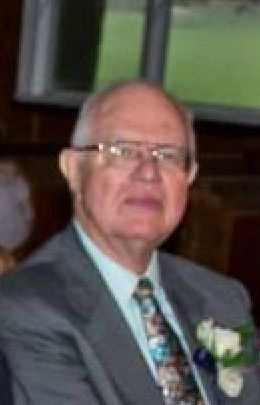 Don was born on November 24, 1932 to Henry and Louise (Derr) Morrison in Louisville, Kentucky. He was a veteran having served in the US Air Force. On December 28, 1957 he was united in marriage to Nancy Schlossberg. Don graduated from the University of Louisville with a master’s degree in electrical engineering. He was a faithful member of St. Mary Catholic Church and Knights of Columbus #1838 where he served as the Grand Knight several times. Don was very active in his church and community and always enjoyed helping others out whenever he could.

The funeral liturgy for Don will be held on Wednesday, February 21, 2018 at 11:30 AM at ST. MARY CATHOLIC CHURCH, 528 Second St., Menasha, with Fr. Paul Paider officiating. A time of visitation will be held on Wednesday from 10:30 AM until the time of the service at the church. Online condolences may be expressed at www.wichmannfargo.com. In lieu of flowers memorials may be made to the Alzheimer’s Association. The family would like to thank the staff of the 6th floor at Theda Care in Neenah for their care and support during this difficult time.