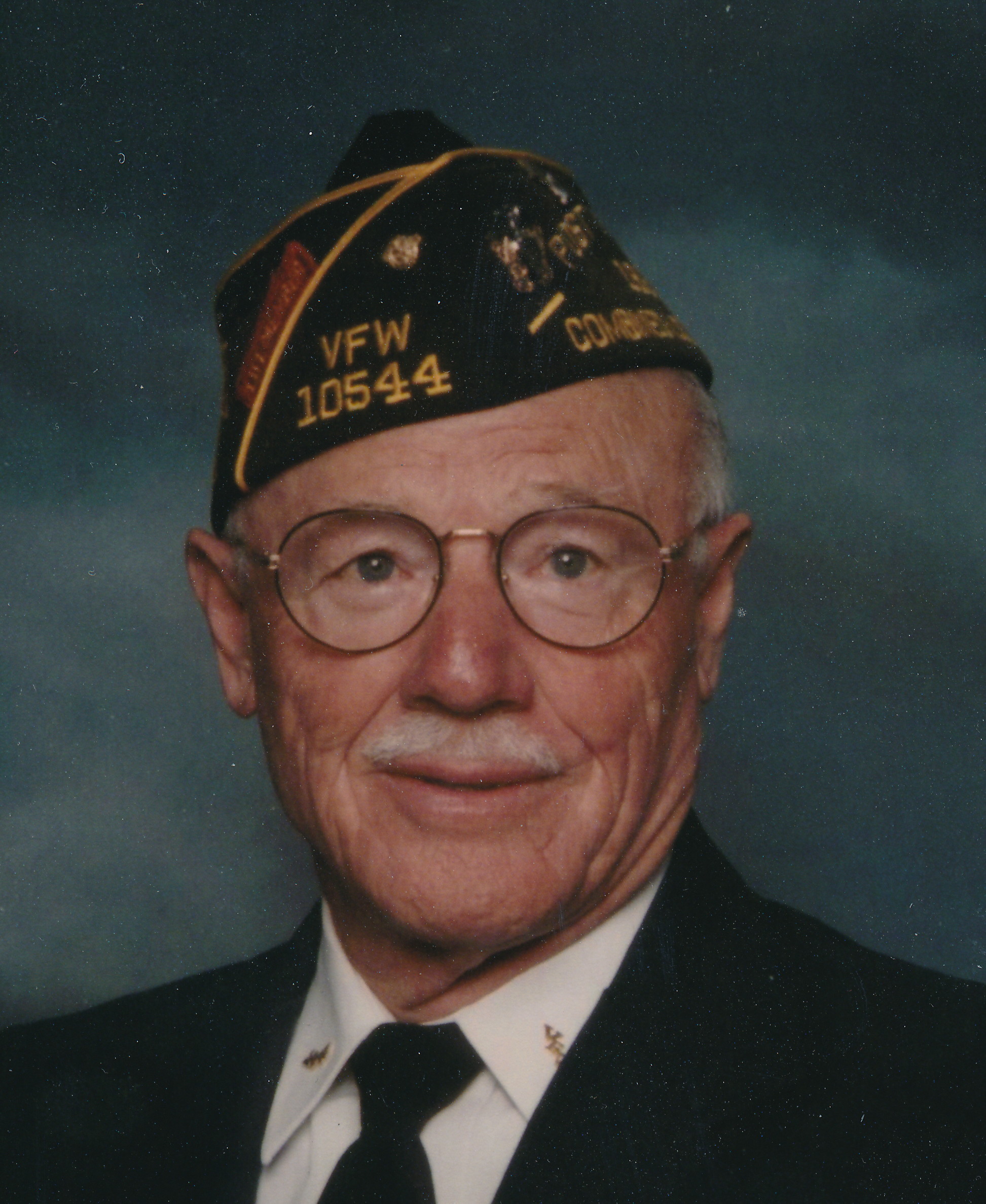 Don “Goldie” Maas, age 85, passed away at his home in Darboy on Thursday morning, April 17, 2014, surrounded by his family. Don was born in Kimberly on September 19, 1928, son of the late William and Emma (Bergman) Maas, the second of ten children. Don served in World War II aboard the USS Ajax (AR-6) from 1945 until 1947, and was honorably discharged in 1948. He was a member of the Disabled American Veterans, Veterans of Foreign Wars, American Legion, National Association of Atomic veterans, and was one of the founding members of Appleton's Scarlet Guard. He enjoyed golf and the 19th hole, bowling, boating, music, the Green Bay Packers, and the Wisconsin Badgers. Don was also a longtime and faithful member of St. Bernard Catholic Church in Appleton, and had a special place in his heart for Children's International.

The funeral liturgy for Don will be held at 4:00 PM on Thursday, April 24, 2014 at ST. BERNARD CATHOLIC CHURCH, 1617 W. Pine Street in Appleton, with Fr. Dennis M. Ryan officiating. Full military honors will follow the service, and a private burial will take place at St. Mary Cemetery. Family and friends are invited to gather at the church on Thursday afternoon from 2:00 PM until the time of the service. In lieu of flowers, a memorial is being established in Don's name. Online condolences may be offered at www.wichmannfargo.com.

The family would like to thank everyone at Heartland Hospice, especially Katie, Millie, and Chaplain Pat; Dr. Broderdorf and the staff of the Wound Clinic at St. Elizabeth Hospital; Dr. Fischer and his nurse Kathy; Dr. Brady, Father Dennis Ryan, and Bob Lang. We will never forget your care and kindness.