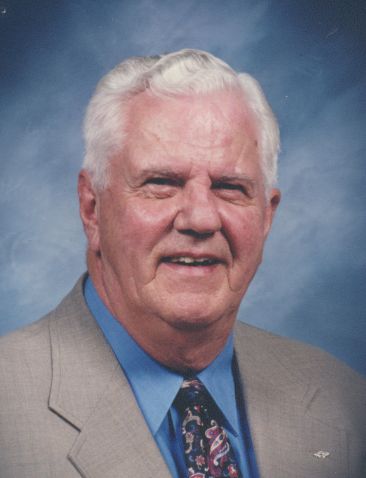 Donald Louis Jepson was born May 12th, 1930 in New Hampton, IA, the son of Grace Kalbrenner and Irvin Jepson. He grew up in New Hampton and graduated from the public high school there in 1948. In that same year he joined the Army, serving in Japan during the Korean Conflict and was honorably discharged in June of 1952.

Dennis Jepson resides in Appleton, WI. Diana and husband Dennis live in Quincy, IL. Sarah, Michael and Haddie Gill are from Fort Worth, TX. Andrew and wife Lindsay, and their boys Sam, Carter and Harrison live in Wichita Falls, TX. Jacob Kendall is a masters student at the University of Kansas. Don is also survived by both of his sisters, Mary Lou Odekirk and Grace Jean Graves, both of Waterloo, IA. Don was preceded in death by his parents and his stepmother Esther.

Donald and his wife owned and operated Powell’s Variety Store and later the Sears Store in New Hampton until his retirement. He was an active member of Trinity Lutheran Church. While in business, he served on the Board of Variety Distributors for a number of years. He served on the County Board of Education, belonged to the Masonic Lodge, Shriners and Rotary. He was active in community activities for many years.