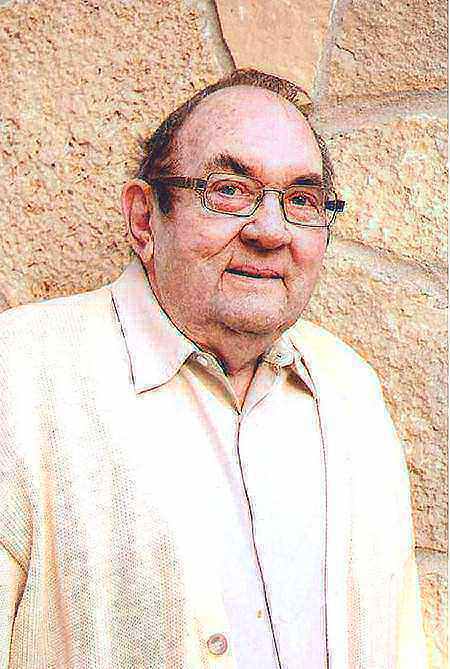 Donald Loehning, age 77, of Greenville, passed away March 31, 2012, after a long battle with heart and lung disease.
Don was born to the late Harry and Elsie Loehning on January 3, 1935, in Neenah. He was a very proud 1953 graduate of Menasha High School and earned a degree in Education from UW-Oshkosh. Don taught science for 33 years, with the last 21 of those years being at Neenah Junior High School.
Don married Ruthann (Kruse) on September 1, 1956, and spent nearly 56 years together building a wonderful family that he cherished deeply. Don and Ruthann raised five children and enjoyed 9 grandchildren. His favorite pastimes included family gatherings; visits to Big Pine, his northern property; wood carving; stained glass art; and sitting in his sunroom and talkin' smart.
Don is survived by his wife, best friend and sugar plum, Ruthann; daughters, Annette (Dave) Zelinski, Greenville; Wendy (Mark) Hamilton, children, Melissa and Jenna, Neenah; Polly (Tim) Schmidt, children Rachael and Andrea, Greenville; and son, Lonnie (Patricia) Loehning, children, Paul (Allison), Tony, and Sara, of Beaver Dam; his brother, Richard (Ellie) Loehning; his grandchildren, Amberley and Jessica; five sisters-in-law, a brother-in-law, and many nieces, nephews, cousins and special friends. Don was preceded in death by his son, Jay Loehning; and his mother and father-in-law, Ernie and Molly Kruse.
Memorial services will at be at 3:00 p.m. on Sunday, April 15, 2012, at WICHMANN FUNERAL HOME—TRI-COUNTY CHAPEL, 3212 S. Oneida Street, Menasha, with Mr. Gary Timm officiating. Friends may call at the funeral home on Sunday from 1:30 p.m. until the time of services.