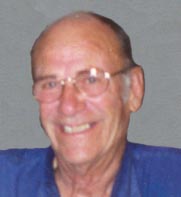 Donald L. Mischler, age 73, of Appleton, died unexpectedly, Tuesday morning, June 20, 2006. He was born December 29, 1932, to the late William and Mary (Kraimer) Mischler, in Kaukauna, where he graduated from high school and was a Golden Glove boxer. Following his graduation he enlisted in U. S. Navy and served during the Korean Conflict. Don was then employed by Wisconsin Bell and AT&T, retiring when he was 53. He then established his own company, Telephone Services and retired from his company in 1996. Don enjoyed hunting, fishing, camping, bowling and shot pool for Appleton South Side Athletic Club. He was a member of St. Mary Catholic Church, Kaukauna and the Oney Johnston-Edward Blessman American Legion Post #38. He is survived by five children, Patrick Mischler, and his special friend, Christine Tobin, Appleton; Peter (Laura) Mischler, New London; Thomas (Mary) Mischler, Combined Locks; Mary ‚ÄúFran‚Äù (Greg) Fulcer, Menasha; Kate Mischler (Gary Esslinger), Fort Myers, FL; his very special friend, Carol Fox, Appleton; six grandchildren, Joseph Brazil, Megan and Brad Mischler, Matthew Mischler, Benjamin Fulcer and Chelsea; four adopted grandchildren, Melissa, Nicole, Nathan and Kayla; sister, Bernice Betters, Kaukauna; a sister-in-law, Barbara Mischler, Kaukauna. He was preceded in death by his former wife, Rosemary ‚ÄúPose‚Äù Mischler, three brothers, Richard, Norbert and Wilfred Mischler, three sisters-in-law, Gerd, Shirley and Jane, a sister, Peggy Skell, two brothers-in-law, Maurey Skell and Arthur Betters. The funeral liturgy for Donald will be held at 11:00 am, Saturday, June 24, 2006, at ST. MARY CATHOLIC CHURCH, 119 West Seventh Street, Kaukauna, with Father Robert Udulutsch, OFM Cap. officiating. Burial will be in St. Mary Cemetery, Kaukauna. Friends may call at the church on Saturday, from 9:00 am until the time of the mass. A memorial fund is being established.