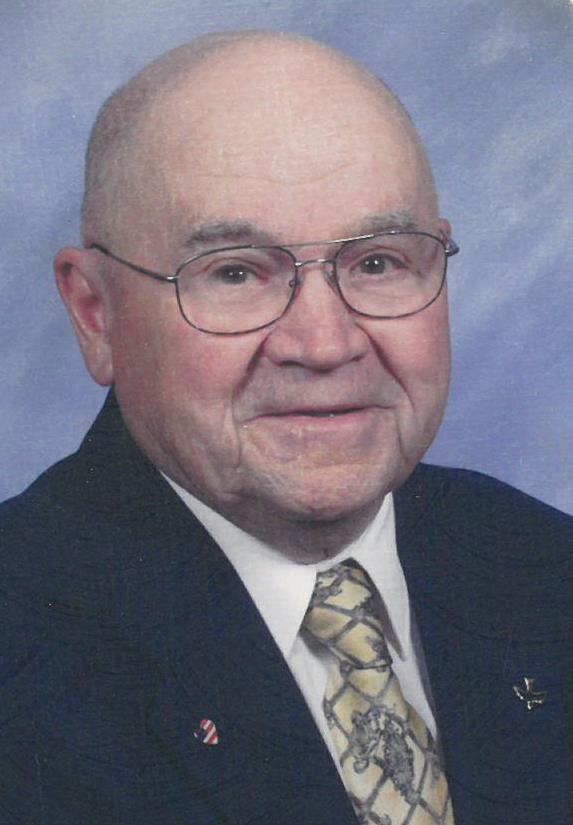 Passed away on December 29, 2017 in Appleton, Wisconsin at the age of 89. Don was born on September 19, 1928 to Jacob and Gertrude Verkuilen in Appleton, Wisconsin. Don served in the US Army during the Korean Conflict. Don was joined in marriage to Agnes Kuba Kobs on November 11, 1960. Don was a member of St. Edward Catholic Church of Mackville, Wisconsin for nearly 50 years. He was employed at Riverside Paper Corporation for over 30 years. Don enjoyed spending time with his grandchildren, dancing with Agnes, camping, fishing traveling, cutting his grass after retirement and “putzing around” with anything he could.

Don is preceded in death by his wife Agnes, his parents, and siblings Marvin Verkiulen and Martha “Marge” Pasholk and brothers-in-law Robert Rammer, Kenneth Parmen, and Barney Pasholk.

Memorial visitation will be held on Saturday January 6, 2018 at St. Edward’s Catholic Church, N2926 State Road 47, Appleton, from 9:00 AM to 11:00 AM. Funeral liturgy at 11:00 AM. Don will be laid to rest privately at St. Joseph’s cemetery at a later date. Memorials to the City of Menasha K9 unit in Don’s name are appreciated. The family would like to extend a special thank you to the staff at Helen’s House, Dr. Shinkunas, and ThedaCare at Home Hospice for the care and attention Don received.