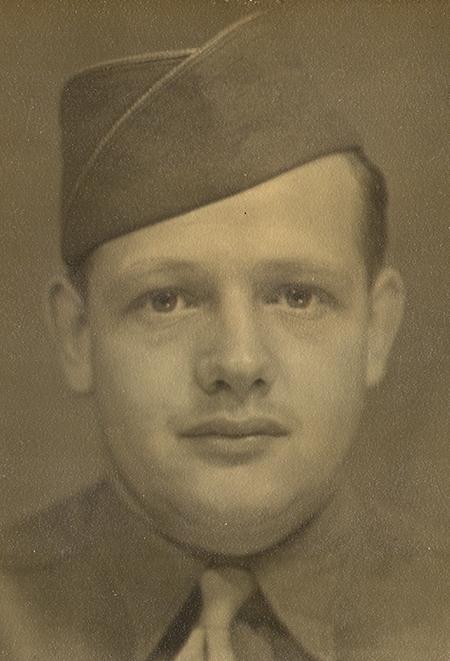 Donald J. Wilz, age 87, passed away peacefully on Friday, October 22, 2010, at home in Appleton. Donald was born in Appleton on November 6, 1922, son of the late Edward and Katherine (Biese) Wilz. He married Vivian Halloran on July 20, 1942. Donald proudly served in the United States Army from 1943 until 1945 in the South Pacific Infantry. He was awarded the Silver Star. After his service, Donald worked for Northern Boiler Works until 1950 and for Kimberly-Clark from 1950 until he retired in 1985. During that time, Donald also worked as a master plumber. He loved bowling and the outdoors, especially fishing and camping with his family. Donald was also very proud of his big garden.
Donald is survived by his wife of 68 years, Vivian; six children, Linda Barna, Appleton, Dick Wilz, Kimberly, Jerry (Janet) Wilz, Greenville, SC, Dave (Andrea) Wilz, Appleton, Tom Wilz, Appleton, and Susan (Larry) Kluball, Appleton; nine grandchildren, Laura (Eric) Gilgenbach, Sara (Joe) Charlier, Richard (Jeannine) Wilz, Michelle Wilz, Chad (Tracee) Wilz, Scott Wilz, Lauren Wilz, Drew Wilz, and Lisa Bouge; 13 great-grandchildren; 1 great-great-grandson; a sister, Rita Dercks; and a brother, Clarence (Adaline) Wilz. He was further preceded in death by three grandchildren, Christie and Craig Wilz, and Jenny Topel; four sisters, Helen (Charles) Sexton, Marion (William) Van Hout, Doris (Raymond) Noel, and Gladys (Richard) Gerretts; and a brother, Earl (Catherine) Wilz.
Private family funeral services will be held.
The family would like to extend a sincere thank you to Dr. Whiteside for 30 years of outstanding care, and to Theda Care Hospice at Home, especially Paul, for their care, compassion, and support.