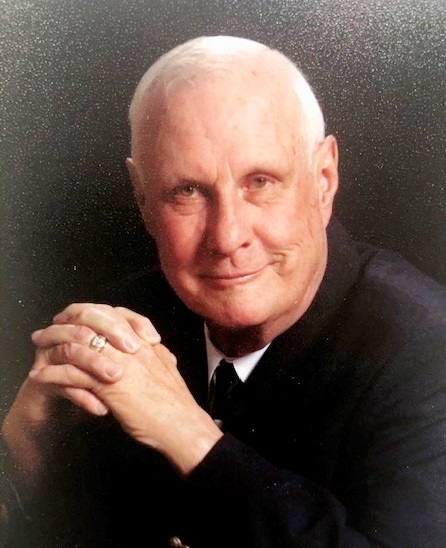 Donald A. Schwanke, age 90, Hales Corners, WI., passed away Wednesday, April 7, 2021, at Clare Suites at Clement Manor in Greenfield, WI.
God picked a special day as Don was reunited with his wife Betty on their 65th wedding anniversary. Don was born February 26, 1931, in Manitowoc, the son of August and Ella Schwanke. On April 7th, 1956 he married Betty Mae Vanderlinden at Sacred Heart Catholic Church in Appleton. Don loved to entertain with his children, grandchildren and friends at his cottage on Kelly Lake in Suring WI. Don was a retiree of Saunders Leasing Systems where he spent the majority of his career. Following retirement, he spent his winters in Bradenton, Florida with Betty until her death in 2008 and the remainder of the year at Kelly Lake.
Survivors include his four children, Brian Schwanke, Greenfield; Tammy Vechart, Eatonton, GA; Randy & (Deb) Schwanke, Greenfield; Donald Jr. & (Mary Kay) Schwanke, Franklin; 7 grandchildren: Justin Vechart, Courtney & (Jeff) Johnson, Stephanie & (Ryan) Newton, Brianna Schwanke, Ryan, Colin and Aaron Schwanke; four great-grandchildren: Kyle and Katelynn Vechart, Hadley Johnson & Caroline Newton.
He was preceded in death by his parents, his wife Betty, sister Dorothy Haese, son-in-law Jack Vechart, and great granddaughter Hayden Mae Newton.
A Funeral Service for Donald will be held at 11 AM on Saturday, May 1, 2021 at Wichmann Funeral Home, 537 N. Superior St., Appleton, WI. 54911. Family and friends may visit at the funeral home from 9:00 AM to the time of service. A private entombment will take place at the Star of Hope Mausoleum, Highland Memorial Park, Appleton.
Please leave a special message or condolences for Donald’s family below.