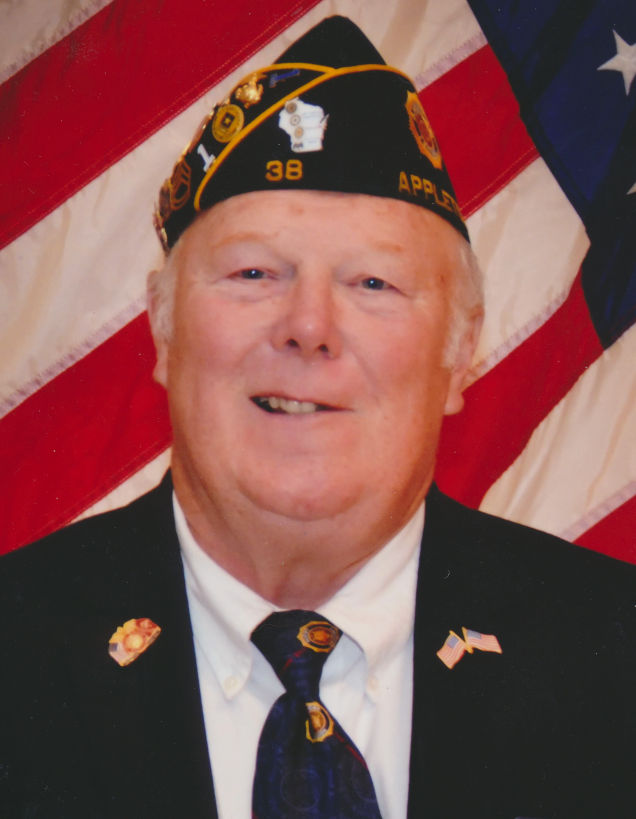 Donald James “DJ” Eiden, 74, passed away on August 10, 2019 from liver cancer while at home, comforted through his final moments by his loving wife and devoted children. He was born on June 14, 1945 in Milwaukee, Wisconsin to Walter and Olga Eiden. Donald grew up in Amherst, Wisconsin where he developed a strong work ethic from potato farming with his father. This same work ethic would serve him well later while he served his country in the Vietnam War.

After meeting and marrying his wife, Ruth (Johnson), while stationed in California, the two moved to Appleton where he would find work as an assembler at Miller Electric, a job he would retain for the next 33 years until retirement. Ruth and Don raised three children and later were gifted with six grandchildren. Don loved every member of his family dearly and anytime they got together it was a certainty that he would get teary-eyed as he declared how blessed he was to have his beautiful family.

A true American patriot, he would retire in 1996 with over 32 years of distinguished military service. He was an active member in the American Legion Post 38, and would act as service officer for 12 years. He visited and assisted fellow veterans, both those in dire need and those just looking to “shoot the breeze.” He was a kind, caring, honest and trustworthy human being who would give anyone in need the shirt off his back. The lives of all who knew him were made brighter by his presence.

Don is survived by his wife of 50 years: Ruth; his children: Scott (Katy) Eiden, Appleton, Jeff (Wendy) Eiden of Neenah. and Stephanie (Eric) Wilber of Darboy; adoring grandchildren: Jacob and Jennifer Eiden, Ally and Logan Eiden, and Arianna and Alexandria Wilber. Don is further survived by sisters-in-law Susie Olivo and Linda Miller, a brother-in-law Doug (Claudia) Johnson, and many devoted nieces and nephews.

Don was preceded in death by his parents, his wife’s parents, Gilbert and Charlotte Johnson, and brothers-in-law Lou Olivo and Jim Miller.

The funeral service for Don will be held at 11:00 AM on Friday, August 23, 2019 at Prince of Peace Lutheran Church, located at 2330 E. Calumet Street in Appleton with Rev. Roger McQuistion officiating. Full military honors will follow the service. A private burial will take place at Riverside Cemetery. Family and friends are invited to gather at the Wichmann Funeral Home, Tri County Chapel, located at 1592 Oneida Street in Menasha on Thursday, August 22 from 4:00 pm until the time of a combined military visitation at 7:00 pm. Visitation will resume at the church on Friday morning from 9:00 AM until 11:00 AM.

In lieu of flowers, a memorial fund is being established for the Old Glory Honor Flight.

We love you, Don. May your precious soul rest in peace.