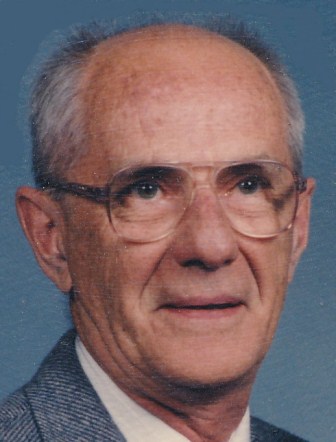 Don Dorzweiler, age 86, passed away peacefully at his home on June 8, 2012 with his loving wife and family by his side. He was born in Catherine, Kansas, on February 16, 1926, the son of the late Alois and Rose (Walter) Dorzweiler. The family moved to Menasha in that same year. Don attended St. Mary School, Menasha then left in March of 1944 to proudly serve his country in the United States Marine Corps. Don returned then worked as a pressman at James River Corporation, retiring after forty-four years. Don married his high school sweetheart, Adeline Scherer, on November 30, 1946. The marriage was blessed with nine children, sixteen grandchildren and seven great-grandchildren. His family was his life. He also loved sports–the Chicago Cubs and golf especially (hitting a hole-in-one on the first round of the season in 1972).

A Celebration of Don's life and a memorial Mass will be held on Wednesday, June 13, 2012 at 11:00 am at ST. BERNADTTE CATHOLIC CHURCH, 2331 E. Lourdes Dr. in Appleton, with Fr. Donald Zuleger officiating. A visitation will precede the mass on Wednesday, June 13, beginning at 9:30 AM and continuing until the time of the service 11:00 AM.

Father, I abandon myself into Your hands; Do with me what You will.

Whatever You may do, I thank You. I am ready for all, I accept all.

Let only Your will be done in me, and in all Your creatures.

I wish no more than this, O Lord. Into Your hands I commend my soul.