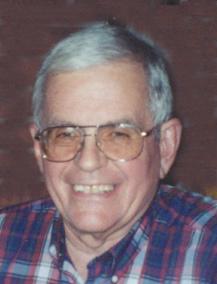 Don Bossert, age 72, passed away on Monday, November 5, 2007. He loved nature and anything to do with the outdoors. Don bestowed this love of nature on all of us. He was born in Wisconsin Rapids, Wisconsin on October 17, 1935, the son of the late Earl C. ‚ÄúBud‚Äù and Margaret (Willet) Bossert. Don married the former Mary Runte on June 27, 1959 at Holy Cross Catholic Church in Kaukauna. Throughout Don‚Äôs life he and his family lived in Oregon and California where Don worked as a chemical salesman. Upon the death of Mary‚Äôs parents in 1976, Don and Mary moved their family back to Kaukauna, where Don retired from sales in 1997, only to begin ministering with Mary through working at Monte Alverno Retreat Center as cooks.

Don was a faithful member of Holy Cross Parish in Kaukauna where he was part of the Parish Council, as well as a member of the Celebrators, a church choir. Early in his life he was a captain in the U.S. Army. Other interests besides the outdoors included aviation, war history, music, playing a pretty mean harmonica as well as his signature instrument the nose flute. Don‚Äôs sense of humor was second to none. He had an unforgettable laugh that will echo in our hearts forever. His love of the Packers, tailgating and grilling food anywhere he could was also a big part of Don that we all will remember.

The funeral liturgy for Don will be held at 12:00 noon on Thursday, November 8, 2007 at HOLY CROSS CATHOLIC CHURCH, 309 Desnoyer Street with Fr. Jack Mullarkey, Fr. Rolland DePeaux, O.Praem and Fr. Werner Wolf, OFM Cap. officiating. Burial will take place in the parish cemetery with full military honors. The family will receive friends at the church on Thursday from 10:00 am until the time of mass. In lieu of flowers, a memorial fund has been established in his name.

Don will forever be remembered for many wonderful things, but most of all for his kindness, quick wit, good sense of humor and his love for making jokes.