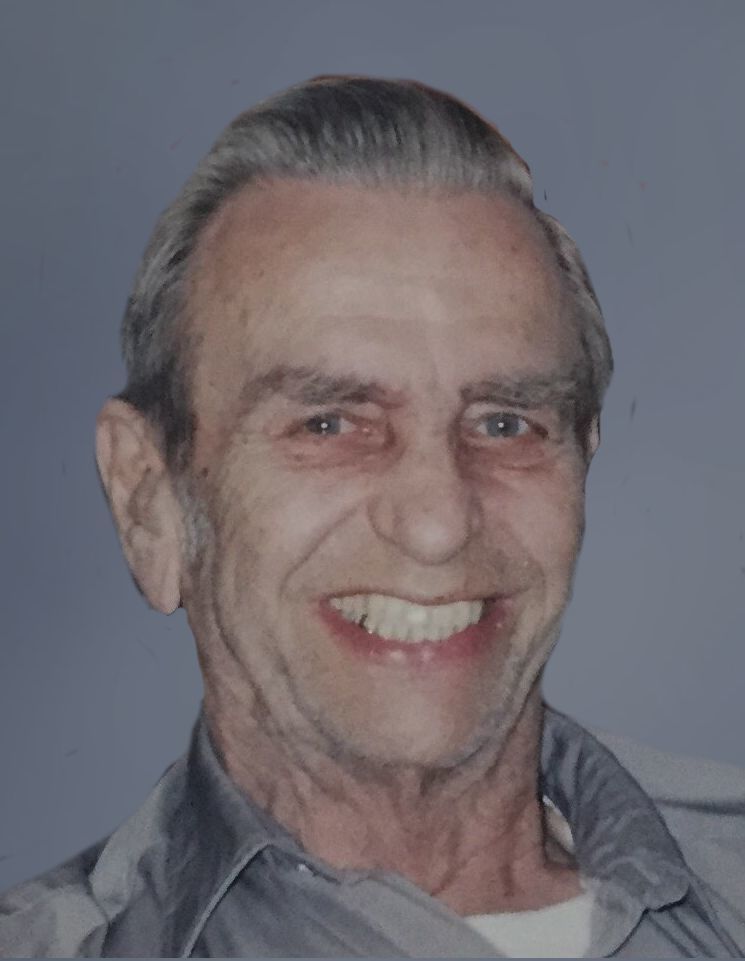 Don's life journey ended, with family by his side, on December 19, 2016. Even though he is gone from this earthly world, we find comfort in knowing his suffering is over.

He was born in Appleton, Wisconsin to Frank and Mae (Schumacher) Blohm on May 5, 1927. His biological father left the family while Don was very young. That event forced his mother to take a job as a housekeeper with a gentleman by the name of Frank Koehler from Hortonville, Wisconsin. From that day forward Frank became the nurturing father figure to Don and years of learning and growing up on the farm on Winchester Rd. shaped Don into the hardworking and industrious man that he would become.

After the struggle with the Great Depression, the family moved to Appleton. Don enjoyed his participation in the Zion Lutheran Choir and continued to practice new tunes throughout his life (“You Are My Sunshine” and “Cowboy Jack” were two of his favorites). He continued to have remarkable whistling abilities up to his final days. He dabbled with guitar and harmonica and could still “blow” a tune on the harmonica.

Aside from raising his family, one of his proudest accomplishments was becoming a U.S. Marine during the WWII era. He sported a tattoo on each forearm to commemorate that time in his life. He served two terms with the United States Marines and in his later years he was able to go on the Old Glory Honor Flight with his granddaughter, Jenny, accompanying him. He graduated from the University of Hawaii, came back to Wisconsin where he held various important positions throughout his working years, including Food Queen and A.A.L. (now Thrivent). His knowledge about everything led him to be a valued instructor at Northwest Technical College for several years. He was a member of several professional organizations that involved refrigeration and electrical activities. He retired from A.A.L. on May 31, 1987.

After his retirement, Don enjoyed various activities which included carpentry, fishing, hunting, coin collecting, and traveling. The countless projects he built, fixed, and created will be forever cherished by us. There was not one single thing that Don could not do. He did it all. In his later years, he enjoyed trips to the casino and long car rides. He loved to sit on the front porch and talk to the birds and squirrels and waved at all of the cars passing by. Don truly did have a passion and kindness for animals and had many furry friends through the years.

He was preceded in death by his wife Shirley (Dietrich) Blohm, son Kevin, twin sons, David and Daniel, and brothers Carl (lone) Blohm and James Blohm, and grandchild Chad Glaser.

A very special thank you to Theda Care at Home Hospice team; Dr. Jack Swanson, Nurse Mary Littiebrant, Melissa, and Ellen. Thank you to great friend Tony Kuehmstead (Arden) for the lovely rides and the yummy pecans. Thank you to Katie and her lovely pet therapy dog Oliver, and to Patsy Trickie who was an awesome friend. And a very special thank you to John Zehner who was the best friend that Don could have ever hoped for. Because of all of you, Don was able to stay in his own home and enjoy many fine times.

Don's parting words to everyone would be “Your damned if you do and damned if you don't” and “Your kindness is only exceeded by your good looks.” Even though our family circle will never be the same, we will all have beautiful memories to carry us through the years ahead.

Funeral service with full military honors will be held at WICHMANN FUNERAL HOME, 537 N. Superior St. Appleton on Saturday, January 7, 2017. Visitation will be from 11:00 a.m. with service to follow at 1:00 p.m. Don's wishes were to be cremated.
Please come and share your memories with us.

Special thanks to Chaplain Stuart from ThedaCare at Home for his friendship, support, and spiritual guidance to Don and his family.