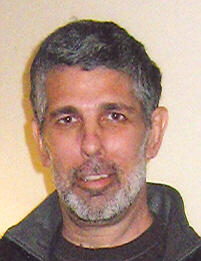 Age 48, passed away on Wednesday, October 22, 2008 after a 14 month battle with esophageal cancer. He was born on August 13, 1960 in Appleton, son of the late Theodore “Bud” and Bernice “Bea” (Kohl) Albrecht. He graduated from Appleton West High School in 1979. He was employed as an iron worker with Iron Workers Local 8 since January of 1988. He served as a business agent, organizer, teacher, trainer, and a member of the Executive Board for Local 8.

On February 1, 1991 he married Paula Schroeder in Appleton. They were blessed with two sons, Ryan and Aric. Don loved his family, his Harley, his union, his fireworks shows on the 4th of July, and going to the Queen Bee for breakfast on Saturday mornings.

He is survived by his wife, Paula; sons: Ryan, 17, and Aric, 15; his brother and sister-in-law: Allan and Joan Albrecht, and their daughters: Megan and Katy; his mother-in-law Elaine Schroeder; brothers-in-law: Scott Schroeder, and his children: Clifton and Crystal, and Steven Schroeder. He is further survived by aunts, uncles, cousins, and special friends: Kurt and Lisa Van Weele, Gwen Theabo, Jayson and Lynn Nelson, Rich and Linda Wentzel. He also leaves behind his special dog and sleeping buddy, Abbey. In addition to his parents, he was preceded in death by his father-in-law: Donald Schroeder.

Funeral services will be held at 7:00 P.M. on Monday, October 27, 2008 at the Wichmann Funeral Home Tri County Chapel (3212 S. Oneida Street) with Deacon Gerry Schraufnagel officiating. Friends will be received at the funeral home from 4:00 P.M. until the time of the service. In lieu of flowers, a memorial fund is being established in his name.

Special thanks to the members of Iron Workers Local 8 for all their help and support. Also to Paula's co-workers and friends at M&I Support Services. Thanks to Dr. Timothy Goggins, and his wonderful staff, especially to Don's favorite nurse, Jamie.