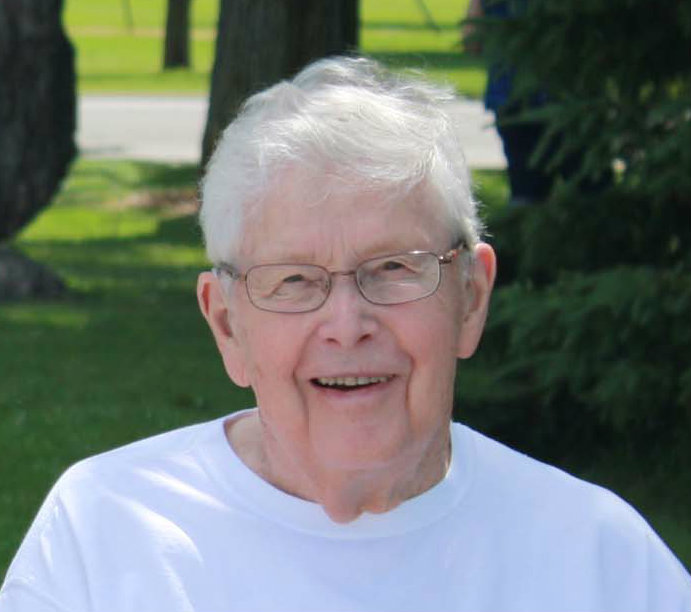 Donald H. Johnson, age 87, of Neenah, passed away at Theda Clark Medical Center on Friday, January 15, 2016. Don was born on January 25, 1928, in Fond du Lac, to the late Willard and Dorothy (LaLonde) Johnson. He married Joan Miller on August 12, 1978, in Neenah. Don earned degrees at the University of Wisconsin-Madison and UW-Oshkosh. He was employed at AAL for many years.

Survivors include his wife of 37 years, Joan; his children, Don (Linda) Johnson, Eric (Liz) Johnson, Kurt (Debbie) Johnson and Kristin (Tom) Knapp; his step-children, Brian (Brenda) Miller, Lisa (Big Rick) Miller and Richard (Edna) Miller; many grandchildren and great grandchildren; his brother-in-law, John (Peg) Papenfus; his sister-in-law Jean (Ben) Psenicka; and his step-son-in-law, Jim Petronovich. Don is further survived by many other relatives and friends. He was preceded in death by a step-daughter, Michele Petronovich and his stepmother Florence Johnson.

Funeral services will be at 11:00 a.m. on Wednesday, January 20, 2016, at PRINCE OF PEACE LUTHERAN CHURCH, 2330 East Calumet Street, Appleton, with Rev. Roger McQuistion officiating. Friends may call directly at the church on Wednesday from 9:00 a.m. until the time of services. Interment will be in Riverside Cemetery, Appleton. In lieu of flowers, a memorial has been established to benefit Prince Of Peace Lutheran Church. The family would like to extend a sincere thank you to all of Don's caregivers. Online condolences may be offered at www.wichmannfargo.com