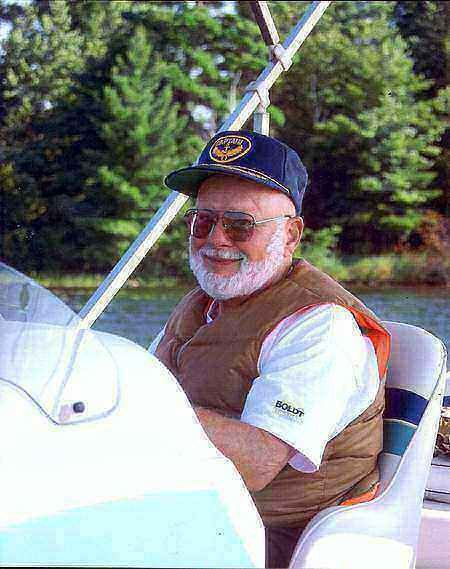 Sturtevant, Donald G.
Donald George Sturtevant (Don) was born on Jan. 16, 1929 in Delavan, WI, the son of Frank and Hildegarde Sturtevant, and spent his childhood there where he played sports and wandered in the "Springs" near his home. Don married Mary Wood on Dec. 22, 1951 and they had three children, Jane (Rob) Cope, Salt Lake City; Gary, Des Plaines, IL; and Brian (Tracy). Brian and Tracy have two children, Alex, and Dylan.

Don received a B.A. from Lawrence University in 1952, and went on to receive a B.B.A. in accounting from UW Madison in 1954. He then proceeded to receive a C.P.A. and the family moved to Appleton in 1957. Here he was employed by Willard
Schenck as the 5th person in the office. Don became president of Schenck & Assoc. (now Schenck Business Solutions) and served in that capacity from 1976 to 1983. He retired in 1988.

Don was a member of First Congregational Church U.C.C., where he taught Sunday school for several years, was a member of the Christian Education Committee and the Chairman of the Board of Trustees. He was very active in the Y's Men's Club for 20 years and sold many Christmas Trees in frigid weather. When the Y moved into their new downtown building, Don assisted as Chairman of the Finance Committee.

His true love was camping. He was active in establishing the Sea Lion property in Florence County as a wilderness camp for families. Don spent many a night at the Y camps and was active in Indian Guides with both of his sons. Later, he helped to negotiate the sale of this property to WDNR for their Wild River Program. Don spent many summer weekends with his family camping in Northern Wisconsin. When the children started to find their own careers, Don and Mary bought a cottage on Lake Moshawquit in Menominee County. It was there that they spent much time in the water and also organized family reunions.

Rotary was another love of Don's. He joined in 1980 and soon was consumed by their projects. He was instrumental with Dr. Chick Fenlon in establishing the Southern Africa Project. The Appleton Rotary Club collaborated with other clubs to collect medical supplies and arranged for their shipment to hospitals in Southern Africa . This project is still ongoing. Don was recognized for his efforts by being awarded a Paul Harris Fellowship by the club.

Don's life cannot be closed without remembering his dogs. Chevy came to him when son Brian decided to go back to college. He and Chevy bonded and spent many hours walking the streets of Appleton. After Chevy came Ben, rescued from the Humane Society. Don took Ben to nursing homes for 6 years and gave many people joy. Shyanne was rescued by the Golden Retriever Rescue People who had Don in mind when Ben died. She still looks for him every night as Mary goes to bed.

Memorial services will be held on Tuesday January 17, 2006 at 11 a.m. at FIRST CONGREGATIONAL U.C.C. 724 E. South River St. Friends may call at the church from 10 a.m. until the time of service. In lieu of flowers, memorials are appreciated to Community Foundation for the Fox River Valley; designate the Don and Mary Sturtevant Family Fund.

Don‚Äôs family would like to acknowledge the loving care provided to Don by Dr. Jack Swanson, Dr. Michael Johnson, ThedaCare at Home and Cherry Meadows Hospice.