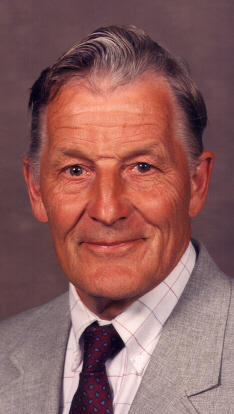 Age 86, graduated peacefully to his Heavenly Home on Friday, January 13, 2012. He was born in Oconto Falls on November 5, 1925 the son of the late Nels and Lydia (Bunn) Lund. In 1959 he married Margaret Helen Freimuth. She preceded him in death in 1974. He was proud to serve as a B-29 tailgunner, completing all 35 missions, in the United States Army Air Corps in the South Pacific during WWII. He established Lund Excavating in 1965 and enjoyed helping others. Don enjoyed a lifetime of bowling, golfing, trap shooting, hunting, trout fishing and traveling with his family. He will be remembered for his youthful spirit, zest for life, willingness to lend a hand, and the unconditional love he had for his children.

The funeral service, followed by full military honors, will be at 11:00 a.m. on Tuesday, January 17, 2012 at the Wichmann Funeral Home, TRI-COUNTY CHAPEL, with Rev. Jan Frederickson officiating. Friends will be received at the funeral home on Monday, January 16, from 4:00 p.m. until 8:00 p.m. and again on Tuesday 10:00 a.m. until the time of the service. Burial will be in Appleton Highland Memorial Park.