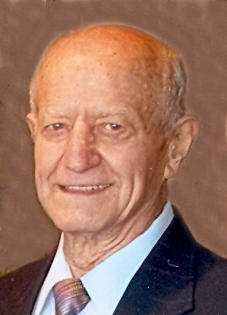 Donald E. Gerrits, age 86, passed away on Wednesday, July 11, 2012 at Parkside Care Center, Little Chute. Don was born on June 29, 1926 in Little Chute, son of the late John and Geraldine (Miller) Gerrits. On August 11, 1956, Don was married to Lillian Benzinger in Michicot, WI. For over 37 years, Don worked at the Neenah Foundry before retiring in 1988. He loved playing cards, especially Sheephead. Don was an avid Packer fan and participated in football pool at many local taverns.

The Mass of Christian Burial will be held at 12:00 p.m. on Tuesday, July 17, 2012 at ST. PAUL CATHOLIC CHURCH, 410 E. Wallace St., Combined Locks. Friends may call on Tuesday at church from 10:00 a.m. until the time of the mass. Interment will take place at St. Paul Catholic Cemetery, Combined Locks. Online condolences may be made at: www.wichmannfargo.com.

We love you Dad, and you'll be forever in our hearts.