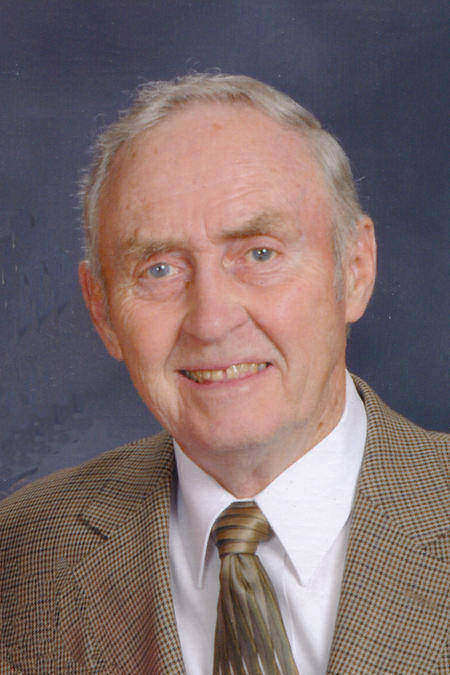 Don Behm, age 83, passed away peacefully on Thursday evening, May 30, 2013, at Brewster Village. Don was born in Underhill, Wisconsin, on August 26, 1929, son of the late Alfred and Helen (Strei) Behm. He received training in electronics from DeVry Technical College in Chicago, and for many years, worked as an electronic technician for area companies, most notably Montgomery Wards and Dougherty TV. From 1951 until 1953, he served his country during the Korean War as a member of the United States Army, assigned to the 100th Heavy Tank Battalion. In addition to his work with electronics which he enjoyed, Don's true love was farming; he also found time to operate a beef farm in Center Valley, and helped his father on his dairy farm. He was a longtime and faithful member of both First Assembly of God Church and the Fox Valley Christian Fellowship, where he enjoyed singing in the choir, and serving in various other leadership roles.

In April of 1956, Don married the former Betty Jane Koechel in Wautoma; they shared many years of marriage together and enjoyed raising their three children. Betty preceded Don in death in 1994. In December of 1995, he married Barbara Nelson in Neenah, and together the couple enjoyed eighteen years together.

The funeral service for Don will be held at 11:30 AM on Friday, June 7, 2013 at FOX VALLEY CHRISTIAN FELLOWSHIP, 1200 W. Kimberly Avenue in Kimberly, with Pastor Steve Nickel officiating. Full military honors will follow the funeral service. Interment will take place at Highland Memorial Park. Friends may call directly at the church on Friday morning from 9:00 AM until the time of the service. Online condolences may be offered at www.wichmannfargo.com.

The family would like to thank the staff and caregivers at Brewster Village, where Don had been a resident for the past year. We appreciate your care, compassion, and kindness during his time with you, and will never forget all that you have done.