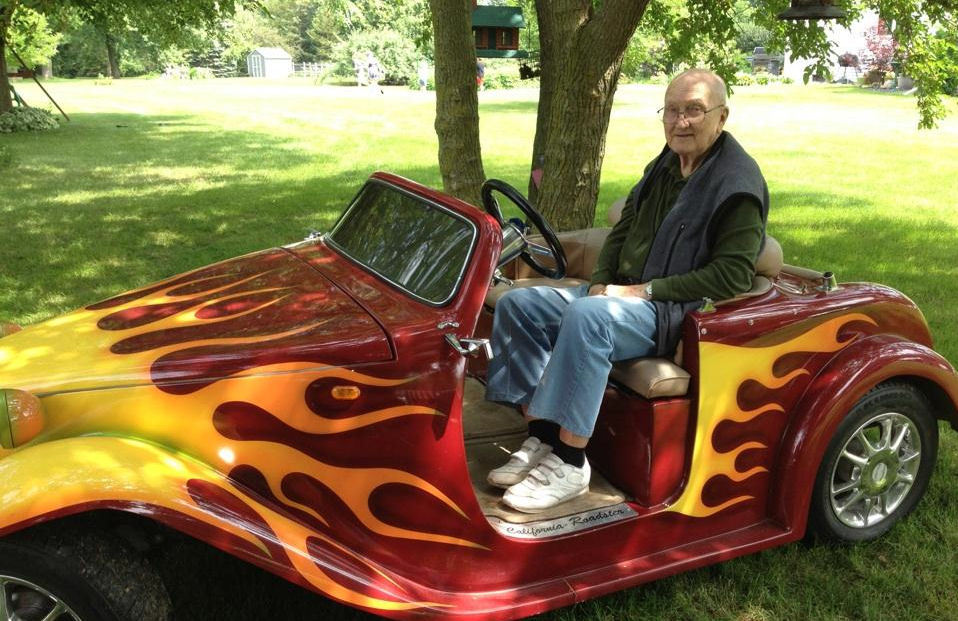 Donald J. Thorson, 85, passed away on Monday, August 18, 2014 at St. Elizabeth Hospital. Don was born on March 10, 1929 to Julius and Dora (Johnson) Thorson in Newberry, Upper Peninsula, Michigan. On October 25, 1952 he was united in marriage to Rita Fredrick and they were married for 55 years until she passed away in 2007. Don worked for Neenah Papers for 41 years until his retirement in 1991. He was a prankster and liked his dogs. Going up north and spending time with his family and friends was something that he enjoyed doing. Don was really close with his high school friends and kept in touch with them throughout the years. He was very proud of his father who started a toy factory and the town of Christmas, Michigan. He loved chocolate and desserts.

Don was preceded in death by his parents, his wife Rita, a daughter Cynthia, and brothers and sisters.

Online condolences may by expressed at www.wichmannfargo.com. In lieu of flowers memorials may be made to St. Jude Children's Hospital. The family would like to thank the care givers at St. Elizabeth Hospital and Oakridge Gardens for everything they have done.