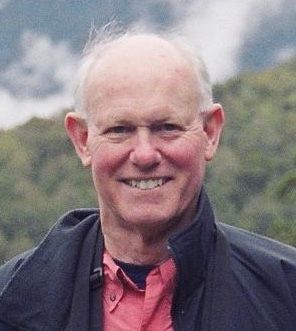 Donald Clark Gillum, of Ellington, Wisconsin, who formerly lived on the shore of Anvil Lake, east of Eagle River, WI. died peacefully at home on December 2, 2016 cared for by family and friends. Don was born in Los Angeles, California, October 22, 1937 to Mary Bell (Bowie) Gillum, and Virgil (Red) Gillum. He is survived by his wife of 52 years, Sandra (Sandy) Thatcher Gillum, daughter Jane Gillum Larson (Michael) of MI and was Papa Don to their children Elizabeth, Kathryn, and Thomas and preceded in death by their daughter, Haley. Don is also survived by son Bradford Thatcher Gillum and his children Caroline and Connie of IL. and by his sister Betty Jean Gillum McCloud (Monty) their children and grandchildren, cousins Dr. William Bowie, Craig Bowie, and Susan Bowie McCoy all of California, and sister-in-law Jane Thatcher White (Ronald) and their children Ryan, Brittany, and Collin of Indiana.

His children and grandchildren, music, tinkering, sailing, re-building an antique car, building a guitar, kites, and radio controlled sailboat and planes, and recently being a beekeeper brought him immense enjoyment. In the Northwoods he could be found snowshoeing, hiking with his dog, cross-country skiing, kayaking, and enjoying a host of friends. His love of music lead him to join the UCC choir, Northwoods Singers, Vacationland Voices, Christmas Cantata, and participate in live radio plays.

A service celebrating Don's life will be held at First Congregation United Church of Christ in springtime. Date and time will be announced.

Don spent hours assisting in the development of Land Use Agreements for Great Headwater Trails. A fund has been established with GHT. Donations can be made payable to “Great Headwaters Trails”, noting “Don Gillum Memorial” in the memo line.